Python vs JavaScript: Most Important Differences 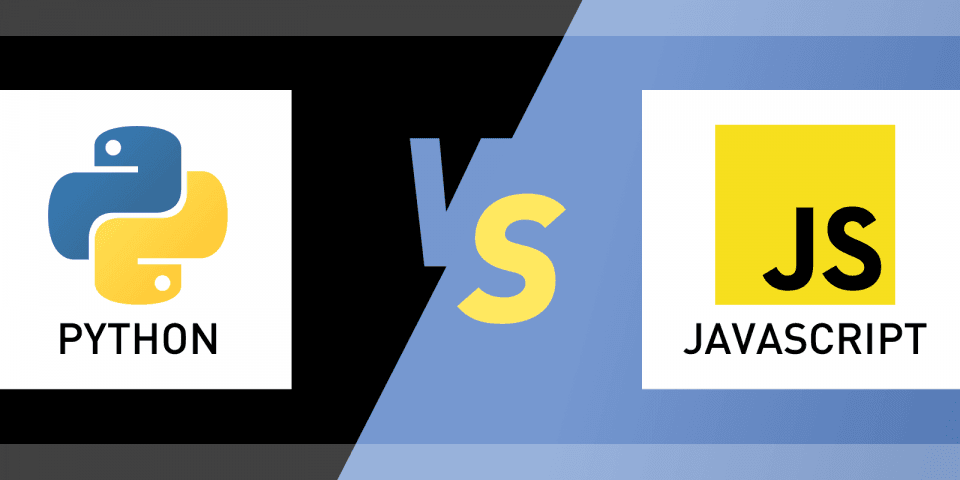 In the Python vs. JavaScript debate, it’s important to know both what they have in common, as well as their differences. While there is a lot in common, there are some important differences that are well worth knowing before you jump into learning either one.

Before we go ahead and start listing the various differences between JavaScript and Python, let’s first go through a general overview of the two languages.

Python is a high-level, interpreted, strongly-typed programming language featuring dynamic semantics and object-oriented design. It is meant to be easy to read and easy to implement. Often cited as one of the easiest programming languages to learn, check out some of the best Python courses to get a fuller understanding of the language.

Python can also serve as a scripting language to the likes of Perl and Ruby for creating web applications. The beauty of Python is that it allows programmers to use a range of programming styles for developing both complex and simple programs.

Python is a ‘batteries included programming language,’ which simply refers to the wide range of modules it comes with. Programming paradigms supported by Python are:

JavaScript or JS is an object-oriented programming language widely used for creating dynamic web pages. It is standardized in the ECMAScript language specification. Besides OOP, JS also provides support for two other programming paradigms: functional and imperative.

The best JavaScript courses will provide the deep dive you need to get started with front-end and full-stack development.

The Complete JavaScript Course 2023: From Zero to Expert!

Is JavaScript or Python Easier?

From the perspective of getting started, it is much easier to learn Python than to learn JavaScript. In fact, one of the main design objectives of the Python programming language is being easy to understand and implement.

That’s not to say JavaScript is a difficult language to learn. It is also comparatively easy to learn, and it’s very possible for you to build a decent first project within a month or two of you starting to learn.

Since they’re both fairly easy to learn, you should focus on what you want to build and your end goals as an amateur programmer.

Which is Better: Python or JavaScript?

Choosing between Python or JavaScript is a matter of opinion.

They have both ample job opportunities, are easy to learn, and have wide support in the community. Each has its own career progression, and finds application in certain industries more than others.

Do your research on what a career with each language is like and factor that into your decision.

Are There More Jobs in Python or JavaScript? Python and JavaScript are the two most popular programming languages on the market right now. The demand for both is high: GitHub data shows them both at the top two spots when it comes to pull requests, with Python seeing a 17.9% year-over-year (YoY) growth and JS seeing a 14% increase YoY.

The Stack Overflow Developer Survey results for 2022 show the median income of JS at approximately $56,000, while Python ranks slightly higher at $61,000. As for the actual amount of job opportunities, the exact number can vary, but both are among the highest in job postings online.

So, in a nutshell, both Python and JS have a lot of job opportunities.

Python vs. JS: A Head-to-Head Comparison

Python lists are similar to another data type available in the programming language: tuples. The most important difference between a list and a tuple is that while the former is mutable, the latter is immutable.

JavaScript objects have properties that can be composed of underlying attributes. It lets you define a property. In the Python programming language, the descriptor protocol, where getter and setter functions are used, allows you to define an attribute.

JavaScript should be encoded as UTF-16. Also, there is no inbuilt support in the programming language for manipulating raw bytes. Unless an encoding format is specified, Python source code is ASCII by default.

Using the args keyword to pass an unspecified number of arguments

Python raises an exception in case a function is called with incorrect parameters. It also accepts additional parameters with the special syntax “*args”. The latter is used to pass a variable number of arguments to a function.

JavaScript doesn’t care whether a function is called with correct parameters or not. This is because, by default, any missing parameters in JS are given the ‘undefined’ value; If there are any additional arguments, then they are treated as special arguments by JavaScript.

Hash tables are indexed structures that allow you to define a list of paired values. They are used for searching, insertion and deletion operations, and are faster than

JavaScript has hash table support in the form of map and set.

Contrary to this, JavaScript is weakly-typed and, thus, offers implicit data type conversion.

For example, in Javascript, the type conversion would take place as follows:

In Python, if you were to do the same, you would get a TypeError. Dynamic typing refers to the capacity of a variable to change its type based on its assignment at any particular moment.

Another distinction between Python and JavaScript in terms of inheritance is that Python doesn’t have a way to inherit from instances, while JS does have.

Python is known as a ‘batteries-included programming language’ because it comes with several modules. Moreover, it has numerous libraries for accomplishing data analytics, machine learning, and scientific computing.

On the contrary, JavaScript comes with a fewer number of modules, such as date, JSON, and math. Additional functionality for JS is available through the host environment, which is usually a web browser, and infrequently, something different, like an operating system.

Mutable objects are those whose values can be changed once they are assigned values. Contrarily, immutable objects can’t change values.

JavaScript also has mutable and immutable data types. Examples of the former are objects, arrays and sets, while examples of the latter are numbers, strings and boolean values.

In JavaScript, you used to have only floating-point variables. However, a new primitive type is  also supported by modern browsers and the V8 engine: BigInt.

On the contrary, the Python programming language features several varieties of numeric data types, such as int, fixed-point decimal, and float.

To access the instance of the class, Python uses the ‘self’ keyword. JavaScript, on the contrary, has the ‘this’ method for accessing an object. Using the self keyword to access objects in Python

Using the this method to access objects in JavaScript

Both Python and JavaScript follow a multi-paradigm approach i.e.; they provide support for more than one programming paradigms.

Both Python and JavaScript offer functional, imperative, and object-oriented approaches to programming. However, Python has several aspects of a procedural programming language, while JavaScript doesn’t.

You get REPL with the installation of Python on your system. JavaScript has  REPL in the browser console of all modern browsers. You can also obtain REPL for JavaScript by installing Node.js.

JavaScript is ideal for building a website or native application. Python, on the other hand, is suitable for a variety of tasks, including data analytics, machine learning, and math-intensive operations.

Python vs Javascript: The Final Decision

You now know the differences between Python and Javascript, which should hopefully inform your decision on choosing between the two.

Both programming languages share a lot of aspects, such as following a multi-paradigm approach and being lexically scoped. At the same time, there are several differences between the two that must not be ignored.

Remember, each language has its use cases. However, you can achieve almost anything with Python that you can use with JavaScript.

There is no scarcity of libraries and extensions available to Python and JavaScript for achieving more than what is offered as inbuilt features. Although both have several job opportunities available, Python has a better market presence and is easier to learn.

Whichever you choose, good luck, and don’t forget to make the best use of online learning resources to help you on your journey.

If you're interested in expandiing your knowledge, check out some of these great Python certifications. Which one is your personal favourite? Let us know in the comment section.

> "However, no built-in REPL is available with JavaScript."

JavaScript has a REPL in the browser console of all modern browsers.

Modern JavaScript has Map and Set.

Thanks for this article.
Update: Numeric Types in JavaScript - BigInt, a new number primitive. It's supported by all major browsers and by the V8 engine too.
Code Blocks: Semicolon is not compulsory (a new line is fine)

Thanks for the write up. It is helpful.

One point I’m not sure about: “JavaScript should be encoded as UTF-16.”