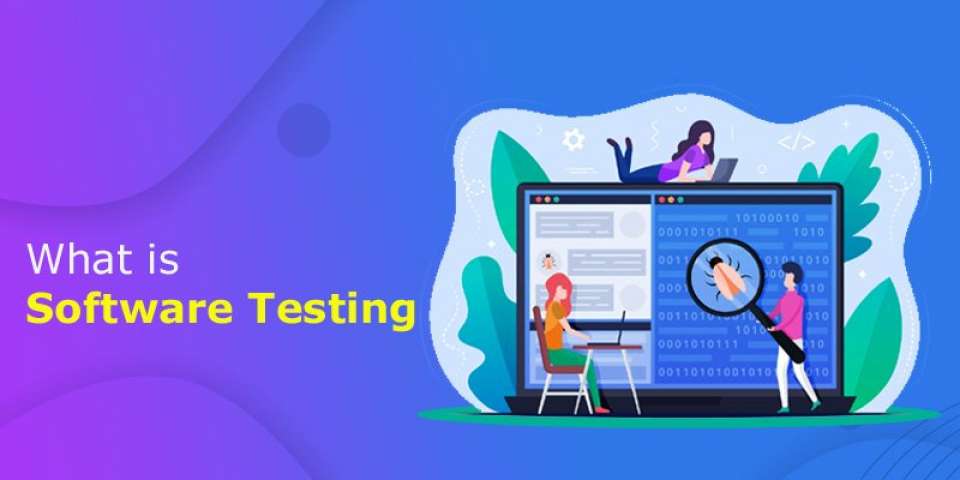 Human beings make errors and mistakes. Errors or mistakes in the software development process can cause a failure or defect in a product. However, the defect or failure caused can either be trivial or catastrophic, depending upon the error.

Every product or service needs to be checked for defects or bugs before entering the market for sale. Let us assume that there are some mistakes while developing a product.

Software testing helps point out defects and errors that a product may hold due to mistakes during the development process. Therefore, it is inevitable and integral to the software development life cycle (SDLC) process.

Moreover, software testing ensures that a particular product is free from bugs and defects and is up to the mark before it is ready to deploy and deliver to a client. Let us see what software testing means and what are its types, benefits, and approaches.

What is Software Testing? [Definiton]

Software testing is a necessary process that assesses a particular software application to identify bugs or defects and make sure that it meets the requirements specified by a client.

Moreover, the software testing process ensures that a developed application is free from flaws and errors and maintains quality standards. It assesses a software application for usability, reusability, performance, reliability, scalability, and portability.

Software Verification confirms that a product meets the client’s requirements and is developed according to design and system specifications. This Verification process is also called static testing.

Having bugs or errors in a software application is pretty dangerous and expensive. It results in monetary and human effort loss. There are many examples of how software glitches resulted in a significant loss.

Besides avoiding such monetary and human loss, software testing also offers many other benefits, as follows:

Customer satisfaction is a crucial element to every successful business. However, the ultimate objective of every business is to make its customers happy by offering best-in-class services or products.

Suppose a software application has been deployed and detected a bug after people started using it. In such scenarios, people won’t believe or trust a provider anymore and will never use that application.

Therefore, products should be tested for bugs or errors before deploying to build and maintain customers’ trust. People always enjoy using defect-free or error-free software applications.

If a company delivers a software product that contains bugs or errors, its reputation could be at stake. Hence, it becomes crucial for a company to deliver high-quality products to maintain its reputation in the market.

Software testing helps to ensure that a particular software application meets quality standards and is developed based on a client’s requirements.

This digital era has witnessed a lot of cyberattacks. Unauthorized users or hackers can steal or access user data and utilize it for various purposes. So, if a software application does not comply with security standards, people do not prefer using it. They always look for a product free from vulnerability and attacks.

Security testing and penetration testing ensure the security of a product by eliminating all possible vulnerabilities and weaknesses.

Software testing is cost-effective. Many times, finding and fixing one bug in a software product may result in the rise of another defect. If all possible bugs get detected or identified in a software development process’s early stages, the cost required to fix them is relatively lower.

Moreover, testing a software product regularly during its development phase ensures that a particular application is developed defect-free and per a client’s requirements.

As its name suggests, manual testing involves testing a software application by hand to identify what is working and what is not. In manual testing, testers verify each functionality of an application as specified in the requirements documents. In addition, they also test an application from the end-user’s point of view.

Testers perform manual testing to identify bugs in a software product under development. The test cases and generate detailed reports manually without using any software tool.

In automation testing, testers execute pre-scripted or readily available tests generated by the desired automation tool and compare results obtained with the expected ones. By comparing the obtained and the expected results, testers can examine whether a software application functions correctly as per the specified requirements.

The software product’s internal design, structure, and code are tested in white-box testing to improve its security, usability, and design. Moreover, it concentrates on verifying predefined inputs against the expected outputs.

Black-box testing is performed to determine a software application’s functionality without knowing its internal structure or coding. Therefore, this type of testing is carried out based on the requirements document specified by a client.

The testing team performs black-box testing on a software application, where they choose a particular function and provide it as an input value to determine its functionality. Next, testers check whether the given function is input in producing the desired output or not. If the output of a function is as expected, it passes the testing; otherwise, it fails.

The testing team sends the test execution result to developers after each function is tested. If an application contains a severe issue even after executing all functions, it is sent back to the development team for correction.

Grey-box testing incorporates both white-box and black-box testing. It is carried out with partial knowledge of a system’s internal coding or structure.

Grey-box testing is performed by accessing an application’s internal coding or structure to create test cases, similar to white-box testing. All test cases are performed at the functionality level, as done in black-box testing.

Grey-box testing collectively offers the benefits of white-box and black-box testing. Inputs from developers and testers are provided simultaneously to a software application to improve its overall quality. It primarily concentrates on examining the requirements specification from the end-users point of view.

People always expect error-free and defect-free software products. They enjoy using applications that run hassle-free without any complications. Delivering superior quality products increases customer satisfaction and trust between end-users and a provider. Therefore, testing any product before it reaches out to end-users is very significant.

We have seen some examples where bugs or defects in software may lead to monetary and human loss. Moreover, delivering such products loses period trust among customers, and the reputation may come at stake. To avoid such losses, testing software products before they go live is essential.

We hope his software testing guide has helped you understand what software testing is, its benefits, types, and approaches. We discussed two basic kinds of software testing - manual and automation. Further, manual testing divides into three sub-types - white-box, black-box, and grey-box testing.