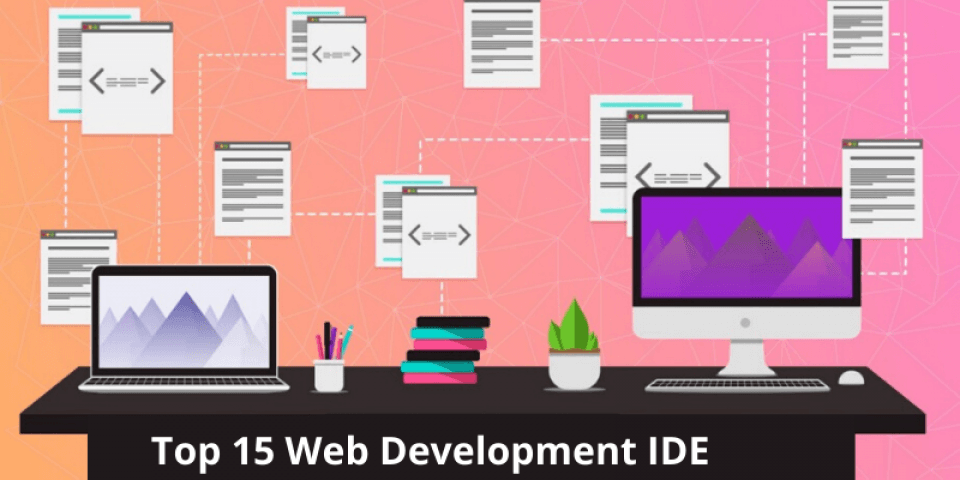 Editing HTML and CSS code can be done with nothing but a simple text editor. However, if you’d like to take your programming skills (and output) to the next level, it’s worth looking into an integrated development environment or IDE.

A bare-bones IDE will allow you to code, edit, test, and debug. However, an advanced IDE, like the ones listed here, will offer many features that will enhance your programming experiences like automation, visualization, and customization.

Here is the list of best web development IDE: Deemed the best JavaScript IDE for Windows, Mac, and Linux by TMS Outsource and voted the most popular in a 2018 survey by the State of JS, Visual Studio Code is a powerful source code editor that comes with a range of tools for JavaScript development. The IDE comes with built-in support for JavaScript, TypeScript, and Node.js. It also has plenty of extensions for other languages (such as C++, C#, Python, and PHP). Developed by Windows, Visual Studio Code is great for new programmers as it explains everything from HTML tags to syntax and error handling.

Atom is a fantastic IDE for JavaScript programming. Because it’s created by GitHub, it means that there is a thriving community to turn to if you run into any issues. It works with Mac, Windows, and Linux and ships with a package manager for installing new packages. The app is highly customizable, but can also be used well without configuring or customizing anything.

Sublime Text 3 is a flexible, free IDE for Windows, Mac, and Linux. It supports a number of different programming and markup languages, including Python, C, HTML, JavaScript, and CSS. The interface is known to be clutter-free and fast. PyCharm is a decent free IDE for web development in a number of languages, including Python, CSS, HTML, JavaScript, Node.js, and more. The IDE is compatible with Mac, Windows, and Linux and has a paid sister software you can purchase if you’d like something more reliable. According to some users, the free version of PyCharm can be buggy, especially the autocomplete feature.

IntelliJ IDEA is a Java-centric IDE that is designed to maximize productivity. One of the best features of this IDE is its ability to automatically add handy tools that are relevant to the context. As well as supporting Java languages, it supports HTML, PHP, Python, Ruby, and more. It’s free but has a paid counterpart with a fuller suite of development tools.

PHPStorm is a great coding environment for those who work with PHP frameworks like WordPress, Drupal, Magento, and others. It has an interface that is both great to look at and easy-to-use. It’s compatible with Mac, Windows, and Linux and supports a number of different front-end programming languages like HTML5, CSS, JavaScript and more. The IDE can be customized with themes and extensions to enhance your programming experience.

Webstorm is a slick IDE that’s feature-rich and user-friendly. It’s designed to produce state-of-the-art web apps and supports languages like HTML, JavaScript, CSS, React, and more. The IDE is compatible with Mac, Windows, and Linux.

NetBeans is a free, easy-to-use IDE that works well with JavaScript, HTML, PHP, C, and C++. As well as supporting a number of different programming languages, it also is available in English, Brazillian Portuguese, Japanese, Russian, and Simplified Chinese. NetBeans isn’t ideal for those just starting programming, as the package can be tricky to set up.

Komodo Edit is a free and open-source counterpart to the paid Komodo IDE. It is a great programming environment for JavaScript which allows you to work with different frameworks and languages. The IDE works well across Mac, Windows, and Linux and is a great way to test the Komodo platform before committing to Komodo IDE.

Released as freeware, RJ TextEd is a full-featured text and source editor with Unicode support. It supports JavaScript, PHP, ASP, HTML, and CSS. Created for web designers by web designers (FWDBWD?), Brackets is a powerful, but lightweight editor that comes with a set of great visual tools and preprocessor supports that allow for easy designing in the browser. The open-source project is free of charge and has a thriving community that is always there to lend a hand. The iDE offers live HTML, CSS, and JavaScript coding and supports programming in Perl, Ruby, Java, Python, and many other languages.

Released in 2010, AWS Cloud9 is a proprietary IDE only available to those with an AWS account. AWS Cloud is great for developing JavaScript programs – it also supports development for C, C++, Go, Node.js, Perl, PHP, Python, and Ruby projects. Bluefish is a cross-platform, lightweight IDE that can be used with Windows, macOS, Solaris, and many Linux distros. It supports a variety of different programming languages, including HTML, CSS, Perl, SQL, Ruby, PHP, Python, and more.

Code::Blocks is a lightweight, yet powerful cross-platform IDE which can be used in Windows, Solaris, and various Linux distros. It supports programming in C, C++, PHP, HTML, and JavaScript. The open-source IDE ships with multiple compilers, including GCC, Microsoft Visual C++, Digital Mars, amongst others. Light table is a “new” IDE. It has a reactive work surface which enables the creation and exploration of apps and programs. With Light Table, you can move things around, delete clutter, and move information to places you need it the most. The unique IDE runs on Linux, Mac, and Windows.

There are plenty of great IDEs out there for web development. Picking the right one for you comes down to selecting an IDE  that works best with the programming languages you’re most comfortable with.

Want to learn web development? The Web Developer Bootcamp course by udemy can be a great asset for your learning journey.

Siteofsite IDE also... easy interface... website built in 5 minutes
(on Linux it has many more tools but is in beta... so it will grow)

Probably worth a mention that Brackets is no longer supported by Adobe. One serious setback. The extension registry is gone.

I'm an old programmer for Windows desktop apps (i.e. Delphi), I'm learning Python and PHP, and I'm looking for web IDEs similar to IDEs for desktop (i.e. Delphi), that is, you have a form, you put controls, and then you are programming business core. Meanwhile for Web programming, you need to build a web page from scratch so you need to know JS frameworks and more, you need to be an expert in web design, and that's not my forte.