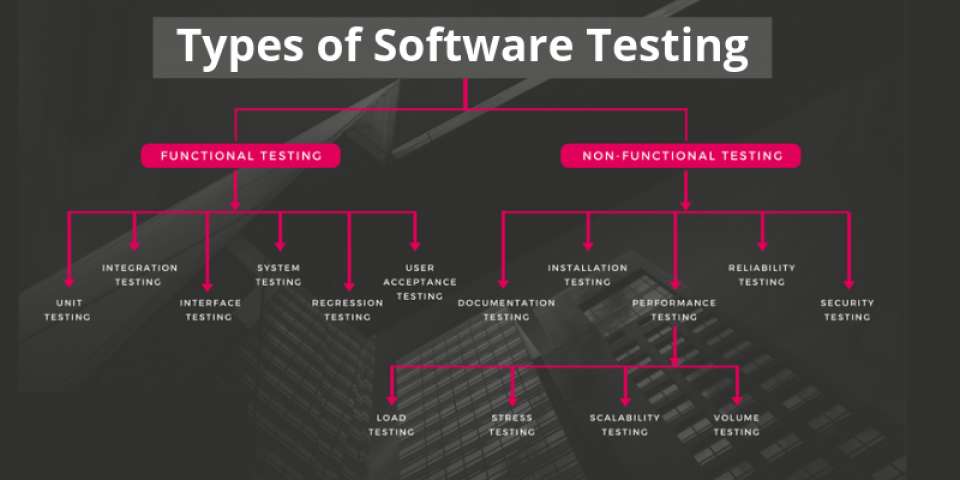 Software testing is about checking if the software works properly and if it meets the written requirements specifications.

The basic goals of software tests are to eliminate bugs and to enhance various aspects of the software, such as performance, user experience, security, and so on. A great deal of testing can amazingly improve the overall quality of the software, which will lead to great customer satisfaction.

But is software testing essential? What if we don’t do this?

Nowadays, software applications are used everywhere -- hospitals, traffic, shops, business organizations, etc. So not testing the software at all is dangerous. It’s dangerous in the sense that it can cause severe harm, such as security breach, loss of money, and even deaths in some cases. Delivering or launching an application without testing it very well will cause many small or big problems for the users.

Functional testing involves the testing of the functional aspects of a software application. When you’re performing functional tests, you have to test each and every functionality. You need to see whether you’re getting the desired results or not.

There are several types of functional testing, such as:

Functional tests are performed both manually and using automation tools. For this kind of testing, manual testing is easy, but you should use tools when necessary.

Some tools that you can use for functional testing are Micro Focus UFT (previously known as QTP, and UFT stands for Unified Functional Testing), Selenium, JUnit, soapUI, Watir, etc.

Non-functional tests are not generally run manually. In fact, it’s difficult to perform this kind of tests manually. So these tests are usually executed using tools.

There are several types of non-functional testing, such as:

Note that explaining all the types of software testing is beyond the scope of this article.

This article explains only some of the most common types of software testing.

Testing each component or module of your software project is known as unit testing. To perform this kind of testing, knowledge of programming is necessary. So only programmers do this kind of tests, not testers.

You have to do a great deal of unit testing as you should test each and every unit of code in your project.

Some good tools for unit and integration testing are Jasmine, Mocha, etc.

User interface testing involves the testing of the application’s user interface. The aim of UI tests is to check whether the user interfaces have been developed according to what is described in the requirements specifications document.

By running UI tests, you can make the application’s user interfaces more user-friendly and appealing to the eyes.

The right choice of color and contrast need to be made to make your software accessible to color-blind people.

Alpha testing is a kind of testing to look for all the errors and issues in the entire software. This kind of test is done at the last phase of app development and is performed at the place of the developers, before launching the product or before delivering it to the client to ensure that the user/client gets an error-free software application.

As said earlier, beta testing takes place after alpha testing. Beta testing is done before the launch of the product. It is carried out in a real user environment by a limited number of actual customers or users, in order to be certain that the software is completely error-free and it functions smoothly. After collecting feedback and constructive criticism from those users, some changes are made to make the software better.

As the name suggests, ad-hoc testing is a kind of testing that is performed in an ad-hoc manner, without using any test cases, plans, documentation, or systems. Unlike all other types of testing, this kind of testing is not carried out in a systematic manner.

Although finding errors can be difficult without using test cases, there are technical issues that are easily detected through an ad-hoc test, but are hard to find through other testing approaches that use test cases.

This informal type of software testing can be executed by any person involved with the project.

Backward compatibility testing is carried out to test if a brand new or an updated version of an application is compatible with the previous versions of the environments (such as operating systems and web browsers) on which the software runs. Sometimes, some application is updated specifically to match the standard and style of a newer, more modern environment. In that case, support for backward compatibility is necessary.

Backward compatibility testing ensures that all those who are using the older versions of a particular environment can use your software.

Load testing is one kind of performance testing that tests how much load a system can take before the software performance begins to degrade. By running load tests, we can know the capacity of taking load of a system.

Recovery testing involves the checking of whether the application can recover from crashes and how well it recovers. In this kind of tests, testers observe how well the software can come back to the normal flow of execution. Crashes can happen anytime. Even if your software is of exceptional quality, crashes may happen. You don’t know when they may take place and annoy the users.

Carried out by the QA team, Agile testing is a type of testing that is conducted according to the rules of agile methodology. This kind of testing is done from the actual customers’ viewpoint.

Some useful tools that you can use for Agile testing are JIRA, PractiTest, JunoOne, VersionOne, TestRail, SoapUI, etc.

Performed by the development team, white box testing is a testing method that requires a good understanding of the application’s code. It requires great knowledge of the app’s internal logic.

Security tests are performed to ensure the security of your application, in order that security breaches can be prevented. Security experts run this kind of tests to see how much your software is secure from attacks and to find security issues so that the app’s security can be strengthened.

Testing the user-friendliness of an app is known as usability testing. It involves the checking of how much usable or user-friendly the app is. It is tested whether any user can easily use your software without getting stuck.

One of the best ways to test the usability of your software is to invite a few people to use your software. See if they can do certain things in your app without taking any help from you.

Scalability testing verifies whether the software is scalable or not. In other words, it checks if your app performs well when the number of users, amount of data, or the number of transactions increases significantly. A software application that is not scalable may cause great business loss.

Reliability testing is a type of software testing that verifies if the software is reliable or not. In other words, it checks whether the software runs error-free and that one can rely on it.

For example, if a user’s important information stored in the database of the software gets suddenly deleted after a few months because of some error in the code, we can say that the software is not reliable.

The client who will purchase your software will perform acceptance testing (also known as User Acceptance Testing) to see if the software can be accepted or not by checking whether your software meets all the client’s requirements and preferences. If your software doesn’t meet all the requirements or if your client doesn’t like something in the app, they may request you to make changes before accepting the project.

This article explained several types of software testing. Keep in mind that you don’t need to perform all of these tests mentioned in this post for your software project. What kinds of tests you should run depends on the type of software you’re building and other factors.

There can be undetected errors in your application even after it’s launched, which will annoy the users and will cause problems for them. Real-time error-checking tools such as Sentry and Newrelic will automatically find errors and notify you, so you don’t need to tell your users to report bugs.

You can also use automated code grading tools. Automated code grading tools like sonarqube and codebeat help you amazingly improve the quality of your code by showing issues in your application. These tools will help you fix bugs in less time. After analyzing your code, these tools give you useful reports with valuable information required for code quality enhancement.

You can use programs called linters to check if the code of your software project meets the specified coding convention rules. A linter actually saves you a lot of time as manually checking the code written by several developers is a very time-consuming process.

am a science graduate b.pharmacy can i join in a testing in software field

Nice post and well said.Actually it is right that completing software project is not sufficient, every software need testing in this post types of software testing describe in detail so that anyone can get help.
thanks

I would like to conclude that .. On average, an app loses 95% of the new users after the first 3 months. This is because there is less focus on the testing and as a result the app has bugs. This can be avoided with a good strategy and tools to perform functional testing on the apps. We can also use cloud-based automation testing like pCloudy for the seamless functioning of the mobile app.