What is Open Source Software? How Does It Work? 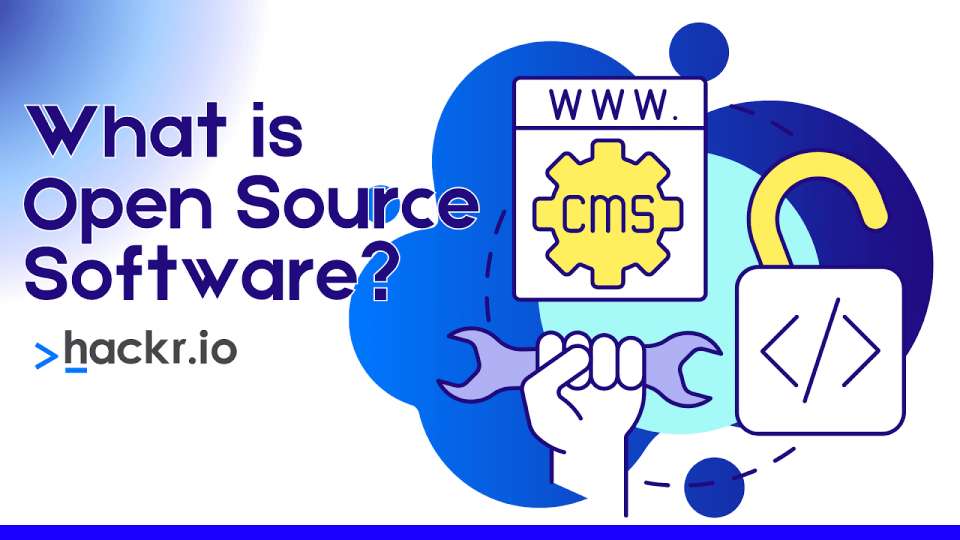 Open source technology is a fundamental backbone of innovation. Whether you're a programmer, user, or business analyst, it's important to understand open source and its larger ramifications.

Any piece of software is generally classified as either commercial andproprietary or open source (with some nuance).

Let's dive deeper into open source code and its advantages and disadvantages.

What is Open Source Software? On a technological level, open source technology provides for greater levels of innovation, efficiency, and productivity — no one has to reinvent the wheel.

Philosophically, open source software has always been about freedom of information and freedom of creativity — the ability to share ideas and technology without the need for profit.

Open source code clearly benefits programmers. When an application's source code is publicly available, it becomes easier to find and fix bugs. Programmers can customize applications to their own needs or the needs of their employer, without reinventing the wheel.

Many programmers begin to learn through open source software. Quite a few development kits, frameworks, and libraries are entirely open source—and provide a wealth of materials for both new and experienced programmers.

The Benefits and Disadvantages of Open Source Software

On the whole, open source software is a great solution for many organizations and individuals. In most cases, the pros outweigh the cons—especially when it comes to cost, quality, and support.

How Does Open Source Software Work?

Open source software is typically developed in a collaborative manner, with programmers from all over the world working together to improve the code. When a new feature or fix is made, it's typically added to the "master" or "main" branch of code—the most up-to-date version of the software. From there, users can download and install the software on their computers. Because this process is democratized, users can also become developers.

Open source software is typically more affordable, customizable, and supported by a community of users and developers. Closed source software is usually more user-friendly and commercially available. Ultimately, the best solution depends on the needs of the user or organization.

Popular open source technologies include Apache Server, Linux, PHP, and WordPress. Open source applications can be anything, from an operating system to a browser. Most programming and development tools are open source. Nearly every programming language is, by necessity, open-source.

An example of an open source application would be Inkscape — a vector editing image software suite. Other closed source applications include Microsoft Windows, Adobe Photoshop, and Apple's macOS. This touches upon another aspect of open source software — if there is a proprietary/commercial software solution, there is frequently a directly analogous solution in the open source community.

Not every open source program has the same license. In fact, many different licenses cover open source software. The GNU General Public License (GPL) is the most common, but there are also licenses like the MIT License, the Apache License, and the GNU Lesser GPL.

As a user, you generally don’t need to understand these licenses. However, programmers should check the license each time.

One of the main advantages of open source software is that it's typically more secure than closed source software. This is because the code is available for anyone to review. If there are security vulnerabilities, you can find and fix them quickly.

With closed source software, only the company that owns the software has access to the code. This means that security vulnerabilities can go undetected for a long time. Another complexity is that companies may charge for new versions of their software and the old versions may remain vulnerable.

Open source software is usually of higher quality because many people review it. When someone finds a bug, they can submit a fix to the project maintainer. If the maintainer likes the fix, they'll apply it to the codebase.

That being said, the quality of open source software is determined by the size and expertise of its community. If it has a small community, it may not be able to maintain a high-quality codebase.

Open source support is variable. Big open source projects have a wealth of community support. However, there’s no 24/7 line to call if you run into problems.

Closed source software tends to have better support through live technicians who can help you with help desk tickets. But, of course, this also comes at a cost.

Open source isn't just for software. It's also used for hardware, books, and just about everything else. The most popular type of open source solution besides applications is hardware.

Open source books are books whose authors have made the source files available for anyone to review and modify. These books are typically released under an open source license, like the Creative Commons Attribution license. They can be modified by other authors. Open sourcing can technically apply to just about anything, including images and songs.

The internet was built on a foundation of open source applications — so, the open source philosophy remains extremely important to communities like the Linux community. As a programmer, developer, or even just an end-user, understanding how open source technology works and its importance is essential to understanding software as a whole.

How can you learn more about open source software? Take a look at the source code of the applications you're using, when available — you can learn a lot about software development strategies and techniques. You might also explore open source web development IDE and other web tools.

1. What Does Open Source Software Mean?

Open source software is computer software with source code made available through a license. The copyright holder provides the rights to study, change, and distribute the software to anyone and for any purpose.

While some of Google's products are open source, the company as a whole is not open source. Google reserves the right to keep some of its solutions commercial and proprietary while it releases others through an open source license.

No single person or organization owns open source. It's a collaborative model of software development to which anyone can contribute. However, open source solutions are frequently maintained by a specific community or foundation.

4. How Do You Use Open Source?

Not necessarily. Like any software, open source software can have bugs. The good news is since the code is available for anyone to review, programmers typically find and fix these bugs quickly. However, this depends on how active and thorough the community is.