Posted in Back End Development 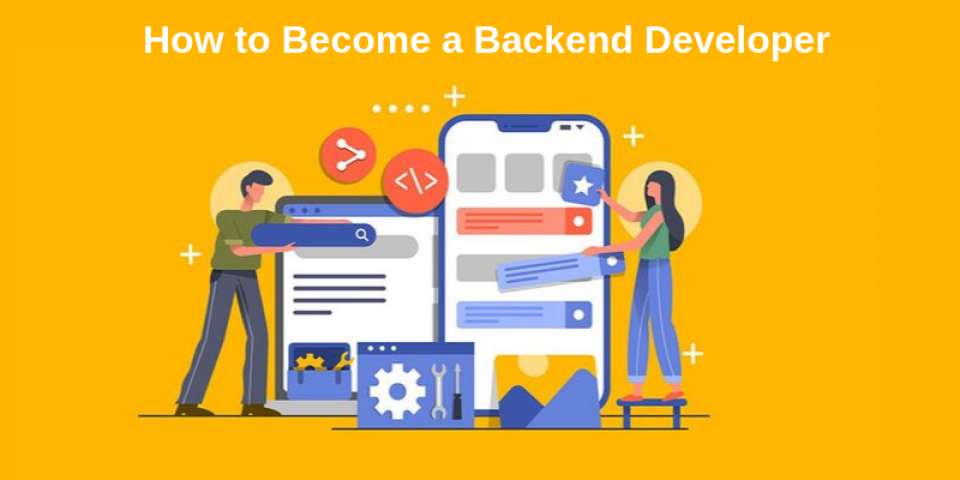 The field of web development has become a hotspot in recent years. With websites gaining more and more traction, organizations have realized that to capture more leads, they need to have a strong online presence. As a result, they seek out talented people who can use the latest technologies to design and develop the best-looking and best-performing web applications for them.

When it is such a lucrative field, there’s bound to be good money in it. And there indeed is! That’s why it’s only natural that the young generation is attracted to web development as a career. However, wanting to follow a career path and actually pursuing it are two different things. It requires preparation, a series of steps, relevant education, and practice.

If you’re an aspiring web developer, the first thing you need to know is that there are three categories of web developers – frontend, backend, and full-stack. Depending upon which category of web developer you wish to become, the steps to follow will vary. In this post, we’re going to focus on how to become a backend developer. We’ll be demonstrating every step of the process you need to follow.

So let’s get started.

First things first – Who is a Backend Developer, and what does he do?

How to become a Backend Developer?

Learning back-end development helps you get acquainted with several programming languages, which can help your career a great boost. If you have a basic understanding of how logic works, it can prove to be quite beneficial. If not, you can always enroll for a basic computer language course to obtain exposure to the groundwork. This is only to ensure that you don't fall short at any stage once you set on the path of learning back-end development.

Here are the steps you will need to follow:

Step 1: Be well versed with the basics of Data Structures & Algorithm

Most of the web developers skip this step and move forward to learning frameworks. However, it is always better to know the data structure and algorithm basics. Though not in-depth, you must have a basic idea about the process. You should revise basic Data Structures and Algorithm Stack, Queue, Linked List, Tree, Graph, Hashing, Sorting & Searching Algorithms, and other core concepts of programming.

Step 2: Learn a Programming Language and choose a Framework.

Becoming a web developer takes effort, time, and patience. You cannot expect anyone to learn different coding languages overnight. So, decide on a timeline and the essential basic programming languages that you wish to learn. Learning languages like Python, PHP, Ruby, and JavaScript are sought after in recent times.

You can go for learning multiple programming languages at once. Remember, the more, the merrier. Also, please be aware that understanding the basics of programming is a must. If you're not already familiar with them, start with languages like C, Java, or Python and try to understand how application logic works, the best practices of coding, etc.

Step 3: Learn the basics of Databases.

Adding a database system to your portfolio would be the next logical step. There are many easy to use relational database management systems available from which you can select one. Almost all websites today boast some sort of storage, so learning about databases is always beneficial.

Depending on the programming language you choose, you can learn the basics of at least one framework. Be it Django or Ruby-on-Rails; most frameworks follow the same MVC (Model-View-Controller) principle. Although writing the entire application code in a programming language is permissible, it takes more effort and time and extensive coding. Whereas, using frameworks lets, you create templates and codes which can be reused later. This reduces the lines of code you are required to write. So you become more efficient. That’s why learning a framework is also a good idea.

You will not understand how stuff really works until you actually start doing it practically. You need to regularly use the tools and practice to better understand the ethical knowledge you have learned so far. The best way to do this is by working on small projects or assignments. You can start by doing projects like a simple To-do list, simple blog, photo gallery web app, resume builder, basic project management app, etc.

Step 6: Innovate and create something new

Innovation and original ideas are valued in all fields. Probably the most in the tech field since they can change the entire game. If you already have a start-up or project idea, then you're going great. If not, you still have time to think and work on it.

It's good to start with building a startup clone. It means that you would clone some products available in the market. Also, you might be interested in the following sites/apps that will be useful.

Now you're ready to spread your wings! Deploy your product on a cloud service provider so it can be accessed from the WWW. AWS can be the first preference as it provides almost a year of free hosting (limited usage).

You May Also be Interested In: Difference between Google Cloud vs. AWS vs. Azure

Did you catch all of that?

Here is the complete roadmap through which you can become a backend developer.

Want to learn web development? The Web Developer Bootcamp course by udemy can be a great Kickstarter for you.

All the best for your programming journey!

Sukriti Taneja is an ex-software engineer transformed into a seasoned technical and web-content writer. Based in India, she is an MCA by qualification and is a tech-enthusiast who likes to research about the latest trends and share her findings. In her free time she likes to blog about tech-stuff, healthy living, and food over various social platforms. Follow her on Twitter @SukritiT. View all posts by the Author

Getting Started With Rails
Read More

Very nice - I liked the roadmap that you've developed to let understand someone the importance of backend developer.

its good guidance for a fresher i think its very good thankx.