Coding vs Programming: Difference You Should Know

Posted in Intro to Programming 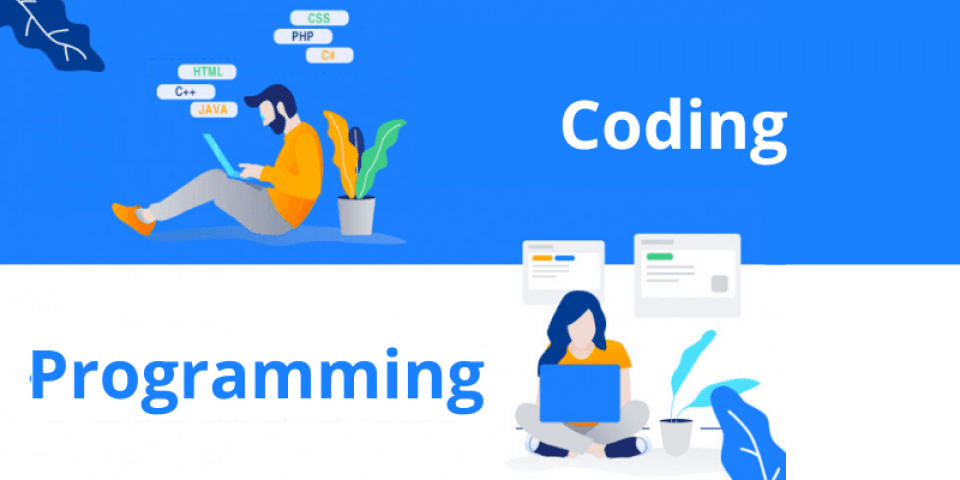 Some of the veterans in the software development industry claim that ‘Coding is not the same as programming. Just because you can code does not mean you can program’. Now, what does that mean? I am sure all these years you have thought that these two words can be used interchangeably, and they mean the same thing. However, they are different.

Let us dive a little deeper to understand the two most frequently used vocabulary in the software industry.

The language that computers understand is Machine Code, which is difficult for humans to comprehend. Hence a more natural way to interact with the computers was devised - The Programming Language. What do most programming languages have in common?

There are many programming languages that you can use to write your code. Coding is the process of using a programming language to get a computer to behave how the developer wants. Each line of code tells the computer to do something, and a document with several lines of code is called a script. Scripts can give you the desired results only if they are compiled and then executed. You need to turn your script into a program. The process of Compiling changes the code from your programming language into machine code, which your computer can understand. Any kind of application, game, or website is a program.

In short, coding involves writing many lines of code to create a software program.

Though coding is a big part of a software development life cycle, it is not an essential part. To create an application, you need to take several necessary steps. They include planning, design, testing, deployment, and even maintenance. So programming is a bigger picture and involves not only coding but also other tasks, such as analyzing and implementing algorithms, understanding data structures, and solving problems.

Programming is essential since to write code; you need to be transparent with the outline or structure of the program. For example, you could write pseudocode of your coding logic, and pseudocode is an efficient method to explain the algorithm to a coder.

You can read more information about what is programming from here.

So, let us see the features in coding and programming:

Coding is a subset of programming. In coding, you transform a set of instructions into a language the computer can understand. Coding can be done in parts. Before you code, you need to have an outline of the program as to what you are going to code. Pseudocode is often used by coders that help them with the logic. It is an informal way of describing your program and does not follow any programming language syntax.

Whereas Programming has a broader scope where you define the requirements, write your logic, code, test and creating an executable program from your necessary codes.

Coders typically follow given instructions and requirements to write code. As a coder, you need to know the syntax of a programming language.

A programmer needs a specialized degree and years of experience to obtain the skills and knowledge that are required to write logic, analyze, design, and write complex programs. Programmers often use their imagination and analytical skills to solve specific problems. A Programmer should be able to understand and create complex data structures and algorithms.

Programmers often write or ask technical writers to provide technical specifications containing requirements that the final product should meet and problems that it should solve. Coders then follow those specifications to write code but do not work on specifications themselves. Programmers are also involved in compiling, debugging, testing, and implementation of the code.

If you are well versed in the programming language, then for coding, a simple text editor such as Wordpad would do. Development tools can be of many categories, such as linkers, compilers, code editors, GUI designers, assemblers, debuggers, performance analysis tools, and more.

Some of the popular development tools that assist coders are Eclipse, Bootstrap, Delphi, ATOM, and many more.

Since programming has a broader scope, advanced concepts should be known to a programmer such as Git and Github, Database Tools, Analytical tools such as Apache Spark, Presentation tools, Cloud tools, and many more.

In the case of coding, the outcome of a piece of code is just the desired result for a set of instructions given to a computer. The outcome of programming could be a whole application, a software product, or a website.

If programming is a book, then coding can be compared to a chapter in the book.

Both coding and programming have broad community support for continuous improvement. Stackoverflow.com, Github, Toptal, SAP Community Network, and many more are websites that are useful for both coders and programmers.

To sum up, the table that would give you a quick overview of Coding and Programming.

Opportunities to Get Started with Coding

To learn how to code and perhaps become an experienced programmer in the future, you could consider getting involved when you are young.  There are several opportunities to get started on your path of becoming a programmer.

Coding is extremely important to learn as it is how you get basic work done.

You can learn to code online for free.

To conclude,  Coding jobs are the most desirable jobs today. Coding isn’t hard to learn, it just needs some practice and time. You can hone your coding skills and you are certain to learn the nuances of a good programmer and move up the software engineering value chain.

Programmers have a technical mindset and have strong analytical skills. All Programmers are coders but not all coders are programmers.

Have any other programming courses and coding boot camps to share to help others enhance their skills?

What Is JavaScript? An Introduction to JavaScript
Read More

What is Coding? [Definition] - What is coding used for?
Read More