Best Programming Language for Games for 2022 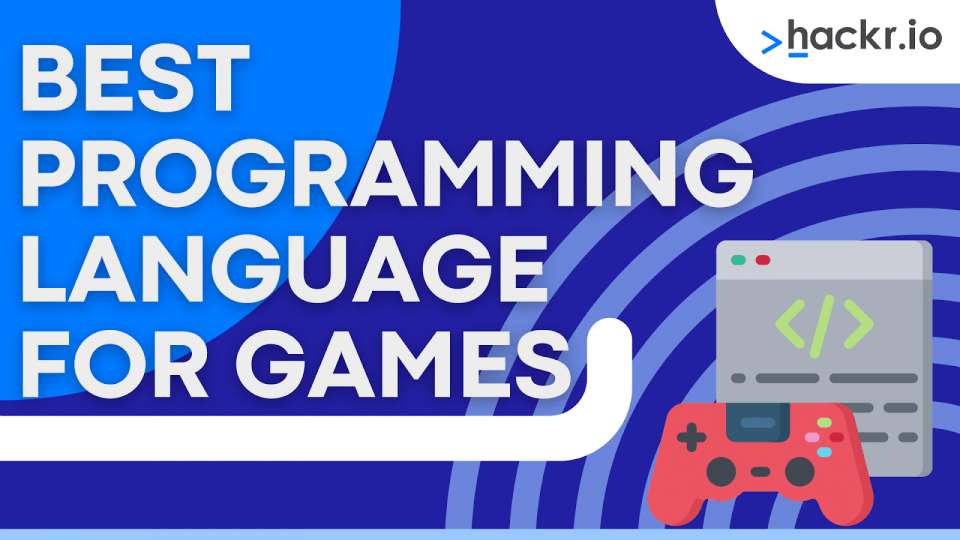 Overall, the most popular languages for game development are:

Now, we’ll take a deeper look at these popular options, their pros, their cons, and how you can get started.

What is Game Programming?

The best language for game development must be:

The Relationship Between Game Programming and Platforms

The platform you want to release games for will impact the game programming languages available to you.

For the most part, coding languages for games are well-supported across all platforms. You can use Java or C++ virtually anywhere. But there may be specific game programming languages to consider for mobile games. Objective C is frequently used for games on Apple devices, as is Swift.

Another thing to consider is that the best languages for game development may simply be the language best supported by your kit.

To make game development easier, companies create their own game development kits. A GDK includes (nearly) everything a programmer needs to create a game. Often, a GDK can even export the game to multiple platforms.

For example, Unreal Engine 4 is a GDK used to develop games for PC, PlayStation 4, and Xbox One. Unreal Engine is also written in C++ and uses the C++ language.

So, developers who want to program their game in Unreal Engine need to use C++ or Unreal Engine's internal Blueprints system. And there are many advantages to using a GDK as robust as Unreal Engine or Unity.

Where Can I Learn Game Development Programming?

Let’s say you’re interested in learning how to develop games. You’re not sure what language you want to learn or what platform you want to use — you just need an introduction to the theory behind game design and its major principles.

To learn more, you can:

Get started by reading this overview of how to code a game — it will walk you through the major concepts of game design and the decisions you will need to make to further your knowledge.

The Best Programming Language for Games

Some of these programming languages are most frequently used for games, while others are robust, general-purpose languages. C++ is a powerful object-oriented language widely used in game development. While it can be difficult to learn, it earns its position through ubiquity. It’s supported by most game development kits and frameworks.

Game Development Systems That Use C++

Java is a reliable and portable cross-platform language used to create games that can be played across a multitude of platforms. It is relatively easy to learn and supports a large community of developers.

Game Development Systems That Use Java

C# is an all-purpose language similar to both Java and other C-class languages. It is widely used in game development and offers high performance. At the same time, it has a higher barrier to entry than many simpler game development languages.

Check out our blog to Learn C# online.

Game Development Systems That Use C#

Python is a widely used, easy-to-learn language that offers high readability. It is frequently used in game development and is also popular for artificial intelligence and machine learning applications.

Check out the best Python tutorials.

Game Development Systems That Use Python

JavaScript is a versatile language used to create games as well as robust web applications. It is easy to learn and use, making it popular for beginner programmers. However, it can be held back a bit because it is mostly a web-first language.

Check out how to Learn JavaScript online.

Game Development Systems That Use JavaScript

Lua is a lightweight, easy language popular in game development. It is frequently used as a scripting language for games — especially simpler games that may not require intense visuals or in-depth programming.

Check out the best Lua Tutorials.

Game Development Systems That Use Lua

GML is a proprietary language used in the popular game development system GameMaker Studio. It is easy to learn and use, making it popular for beginner programmers. Unfortunately, GML is only used in GameMaker Studio, so these skills don’t transfer to another platform.

Game Development Systems That Use GML

How to Learn Swift, Checkout here.

Game Development Systems That Use Swift

Do You Need to Learn a Programming Language to Develop Games?

Believe it or not, you don’t need to learn a programming language to develop games.

Many game development systems allow you to create games without any coding. Even Unreal Engine has a method for programming through a drag-and-drop interface (Blueprints).

However, learning to code gives you more control over the development process and allows you to create more sophisticated games.

Developing a game without code can be more challenging than you think. You may find that learning a programming language is easier in the long run, and you'll get better results overall.

How to Choose the Right Game Development Language for You

Additionally, consider the game engine you want to use. Game engines go beyond simply providing a framework for your game. They can have an extraordinary impact on the assets you can use and the community support and documentation available.

Bottom line? The best programming language for games will be largely influenced by your game development platform. Whether you're interested in using Unity or Unreal, or programming Android games or iOS games, you'll have to find a language well-suited to your goals.

But if you're just interested in learning a useful, all-purpose language that is also used in game development, you can't go wrong with C#, Python, Java, or JavaScript. Whether you're developing games for desktop computers or mobile devices, these languages are flexible enough to do the trick.

Take the next step and take a course and get certified in Game Development by Udemy with this course!

1. Why is Python Not Used in Games?

Python is used in games, but it’s not as widely used as languages like C++ or Java. This is largely because Python tends to be slow. But that just means that it’s hard to use Python for resource-intensive games, such as first-person shooters.

C++ and C# are both popular languages for game development. They are both fast and efficient. However, C++ can be more difficult to learn. It's a lower-level language with fewer layers of abstraction; this gives better levels of control but can make it very difficult to develop games quickly.

3. What is the Best Language for Game Development?

The answer to this question depends on your needs and preferences. If you’re a beginner, you might consider Python or Java. If you’re looking for more of a challenge, you might try C++ or C#.

4. What are the Easiest Languages for Game Development?

The easiest languages for game development are Python and JavaScript. These languages are easy to learn and use, making them popular among beginner programmers.

Thanks for sharing this list of best programming language for games. Here I have shared one more reference, this tutorial help you to build your own app.