Best OS for Programming in 2022 [Recommended] 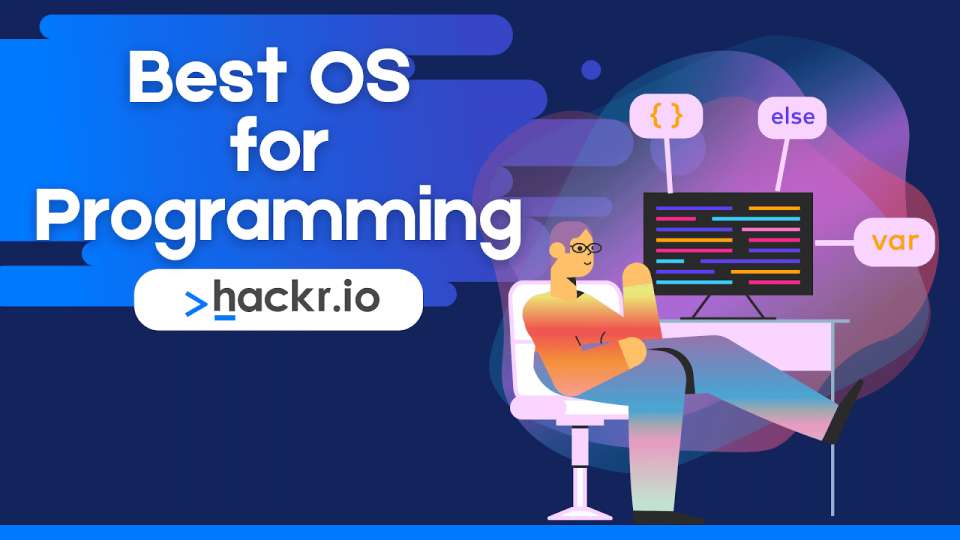 Every laptop, phone, and video game console has an OS (operating system). You might be familiar with the two most popular: macOS and Windows. But what is the best OS for programming, and how do they differ from one another?

We’ll walk you through three of the best OS for programming and help you understand each one’s unique features.

Keep reading to learn about the best operating system for programming.

What is an Operating System? [Definition]

Every computer device needs an operating system to run — from laptops and mobiles to desktops and PlayStations. Some operating system examples include Windows, macOS, Linux, Unix, Kali, and Chrome OS.

Features and Functions of Operating System

Today’s tech professional has a few operating systems to choose from. Here’s our OS roundup to help you determine the best os for programmers:

Linux is a kernel that serves as the foundation for many other operating systems. Because the Linux kernel is open-source, anybody can use or modify it.

The Linux kernel serves as the foundation even for the Android operating system. Some of the Linux OS common tasks include file sharing, online browsing, office work, printing, and video editing. Windows is an operating system with a graphical user interface (GUI). Microsoft released the first version in 1983 — Windows 1.0. The OS continues to receive updates and improvements, as seen by today’s 11.0 version.

The Windows operating system gives users an interface to play games, store files, access databases, create desktop applications, and run a wide range of various application packages. Users can create, upload, download, edit, update, or delete any type of file on the Internet. Its versatility leads many professionals to deem it the best OS for developers. macOS is an OS that allows you to play video games, check emails, edit photos, browse the web, and much more. It presently supports 39 languages, made up of C, Objective-C, C++, and Swift.

The macOS platform employs the Aqua user interface, built around a hybrid core. The system is compatible with workstations, computers, and embedded devices. The Best OS for Programming

A programmer’s career specialty should inform your choice of OS.

Here are some common programming-related careers and our top OS picks for each one.

Software developers are in charge of writing source code from the ground up. Only writing code is not sufficient to develop applications. Along with it, they need to test, fix bugs, deploy, and maintain the written source code. All these activities fall under the software development process.

However, Windows has the added benefit of enabling simultaneous use of Windows and Linux. Web designers may utilize the required applications, such as Node JS, Ubuntu, and GIT, by using these two Operating Systems.

Software engineers are the professionals responsible for taking part in the entire software development process, from the concept initiation to the deployment and maintenance of software products.

Machine learning, a subset of artificial intelligence, deals with providing machines with the ability to think on their own from experiences and make predictions. For ML, the choice between OS depends on the requirements.

In general, use Windows if you plan to use industry-standard software programs like JMP and RapidMiner for fundamental tasks like analysis and model construction. But the top three machine learning programming languages - Python, R, and Octave - perform best on Linux-based operating systems.

The best OS for programming depends on your preferences and goals, through Windows is a popular choice. Overall, macOS, Windows, and Linux are the three most popular operating systems for programming.

Apple is well-known for its macOS, but the company also created iOS — an increasingly popular operating system for today’s programming jobs.

1. Which OS is Better for Programming?

Programmers often favor the Linux OS for programming for its strong community and technical support for development.

2. Which OS is Used for Coding?

Operating Systems, like Windows, Linux, and macOS, are used for coding.

3. Which OS is Best for Python?

Linux and macOS have good support for Python programming.

4. Which Windows OS is best for programming?

Windows 10 is the most stable and widely used OS version for programming.

6. Why Do Programmers Prefer Linux?