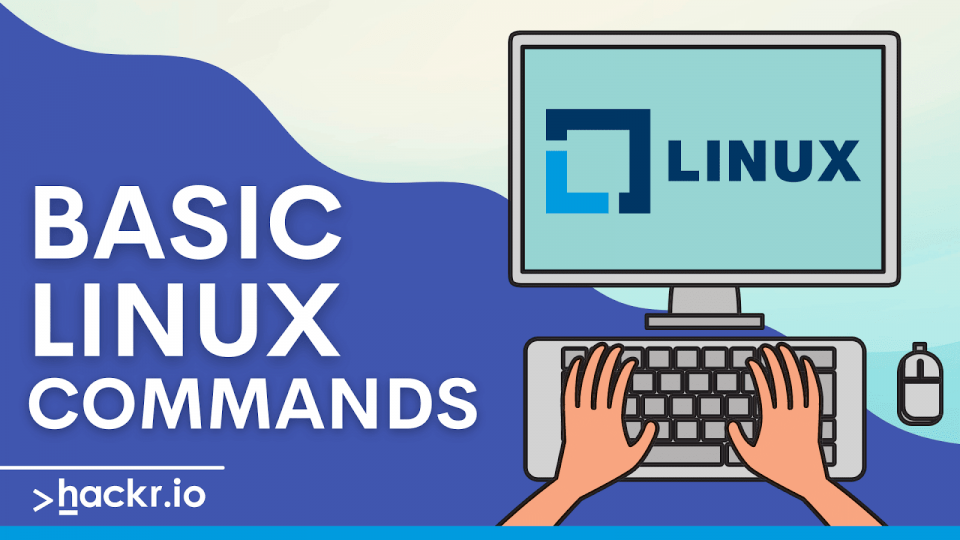 Linux is a powerful operating system that is pervasively used today, even though it might not be apparent to you. Data from TOP500 shows that Linux powers 100% of the world’s top 500 supercomputers, which is an astonishing statistic.

Linux is so ubiquitous that it is present in cell phones, cars, refrigerators, and Roku devices. It runs most of the Internet and several supercomputers. In fact, stock exchanges across the world in several countries run on Linux.

The reason Linux is so popular is that it is one of the most reliable, secure, and robust operating systems available. Here, we list and explain some important basic Linux commands so you can learn how to use Linux with ease.

This command lists directory contents. If you’ve used the Windows command prompt, then you should know that the command dir is used to list the contents in a directory. This is what the ls command does in Linux - it lists files and directories. Some versions may support color-coding. The names in blue represent the names of directories.

The command ls -l | more – helps paginate the output so you can view page by page. Otherwise the listing scrolls down rapidly. You can always use ctrl + c to return to the command line.

This changes the current directory. Note that it uses a forward slash. The example used here changes the location to a Linux directory that is present in all versions of Linux.

When you usels –I you will be able to see more details of the contents in the directory. It lists the following:

This finds text in a file. The grep command searches through many files at a time to find a piece of text you are looking for.

The above command will find all of the words in the files that matched the word ‘failed’. There are some commands that need elevated rights to run on a Linux system. You must run these as a System Administrator.

The su command changes the shell so that it is used as a super user. Until you use the exit command, you can continue to be the super user.

An example is the shutdown command, which turns off the computer system.

One way to identify the directory you are working in is the pwd command. It displays the current working directory path and is useful when directory changes are made frequently.

Though it looks similar to the pwd command, this command is very different. This command is used to change the user account password.

The mv command moves a file or renames it. Here the file name gets changed from first.txt to second.txt.

This command copies a file. The cp command issues a copy of the file second.txt in the same directory.

You can use ls – lto see the new file created.

This command is used to remove files in a directory or the directory itself. A directory cannot be removed if it is not empty.

rm [name of the file]

rm –rremoves all the contents in a directory and the directory as well.

The mkdir command makes a directory. The command is written as follows: mkdir [directory name]

This command changes the mode of a file system object. Files can have read, write, and execute permissions.

This command is used to change the ownership of a file/folder or even multiple files/folders for a specified user/group.

Assume that if you are a user named user1and you want to change ownership to rootuse “sudo”.

The catcommand (short for “concatenate”) is one of the most frequently used commands in Linux. catcommand allows you to create single or multiple files, view contents of files, concatenate files (combining files), and redirect output in terminal or files.

The output will be the entire contents of the file(s).

This command is used to display a text or a string to the standard output or a file.

$ echo “This is an article on basic linux commands”

The output would be “This is an article on basic linux commands”, without the quotes.

The echo –e option acts as an interpretation of escape characters that are back-slashed. \n the newline character is interpreted by the echo –e command.

The output of the command above would be:

The wc(word count) command is used to find out the number of new lines, word count, byte, and characters count in a file specified by the file arguments.

This command is used to view the online reference manual pages for commands/programs.

This command is used to show previously used commands or obtain information about the commands executed by a user.

This command clears the terminal screen.

This command halts, powers off, or reboots a system.

The locate command is used to find a file and runs in the background, unlike the find command.

The diffcommand compares two files line by line to find differences. The output will be the lines that are different.

The useraddcommand creates a new user. The username is added after the useradd command, as follows:

The exit command exits the current shell. When you hit enter, you’ll be taken out of the terminal.

We hope this Linux commands list will help you get started. These are just a few commands — there are many more that you’ll find yourself using over time, but this is a good starting point. The best way to learn Linux is by trying these commands yourself and also by taking course. Below we list the best Linux courses you can take today!

1. How Do I Get a List of All Commands in Linux?

Type compgen -c to get a list of all commands that you can run. You’ll see the list of commands one after the other.

2. What is a Linux Shell/Terminal?

A Linux Shell, or terminal, is the command interpreter which lets you run operating system services and tasks. It is an interface for Unix systems that helps you run programs, among other things. It is a powerful feature, and in Linux, bash is the most commonly used shell.

3. What are Shell Commands?

A shell is the command interpreter in Linux. By entering certain Linux terminal commands, you can perform specific tasks and work with operating system services.

4. How Do You Write Commands in Linux?

To write commands in Linux, you first need to open up the Linux terminal. You then simply type in the commands, many of which are explained above

5. How Do I Learn Basic Linux Commands?

Basic Linux commands are quite easy to grasp, and are explained in the list above, which covers just about all Linux commands for beginners. They aren’t very complicated and using them will quickly become second nature.

Unix vs Linux: What is the Difference?
Read More