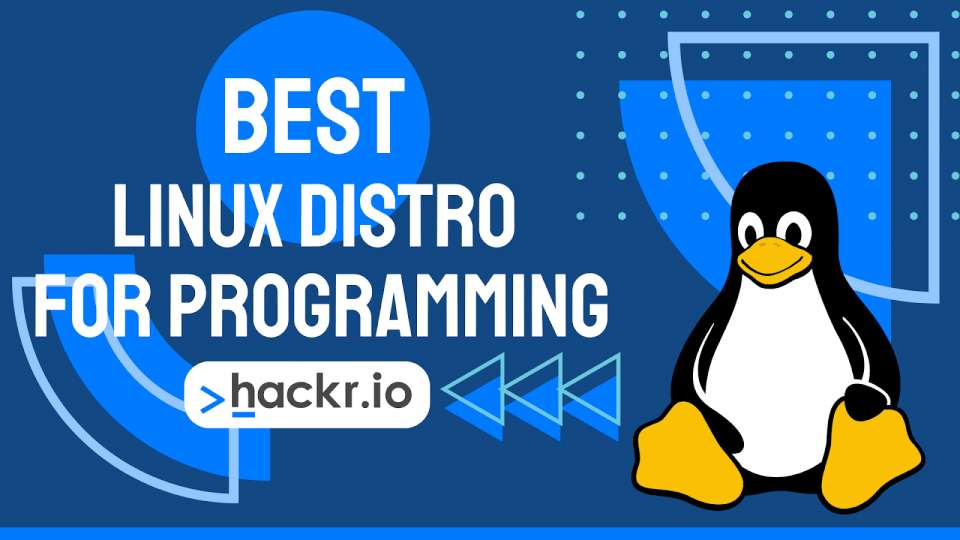 The Linux kernel is an open-source foundation for many other operating systems because anyone can use, modify, or sell derivatives of it.

A Linux distribution consists of the Linux kernel and various tools that operate on top of it, giving users access to a wide range of functions. Namely, a Linux distro helps you save time by compiling code into one operating system for easy installation.

Many employers still need talented programmers that know how to work with Linux — no wonder organizations keep releasing certification programs on Linux! But which is the best Linux distro for programming?

Today, we’ll dive deeper into how Linux distros help programmers, the pros and cons, and tips on choosing the best one for your needs.

Here’s a quick list of the Linux distros we’ll compare:

Like Windows and macOS, Linux is an operating system. Meaning? It helps balance a system’s hardware and software interactions and connections. Many programmers and companies like using Linux because it’s open source.

For example, The New York Stock Exchange runs on a Liunx OS.

Each Linux kernel involves the work of over 1,000 people from at least 100 different organizations. The kernel, a tiny component of a Linux distribution, has seen over 3,200 people from 200 firms contribute just in the last two years alone.

What is Linux Distribution?

Of course, different distros have varying appearances, behaviors, and levels of performance despite sharing the same Linux kernel.

What Makes a Good Linux Distro for Programming?

Here are some general features that make a Linux distro good for programming:

How to Choose the Best Linux OS for Programming?

Still, you might need more specific criteria to determine the best Linux distros for programming in your unique scenario. Let's go over some top distros depending on use cases.

Still need more specifics? Don’t worry, we’ll help you determine the best Linux for programming. Read on for deeper insights into each distro. South-African and British entrepreneur Mark Shuttleworth founded Canonical in 2004 and released beginner-friendly Ubuntu, whose Linux kernel had one command-line interface and no applications.

Ubuntu added a repository, a site that stores downloadable and installable software.

On Linux, you can acquire the same program, but you'll have to download the source code, assemble it yourself, and then install it. Other bases exist, including fedora and arch. Ubuntu and Linux mint, a distribution based on Ubuntu, is regarded as the simplest and most user-friendly version of Linux among the several Linux variants available. This distro includes Pamac and Octopi by default in Manjaro, allowing software installation with a graphical user interface. Our take? Manjaro is the best Linux distro for developers because of its many customizable tools. Some also say it’s the best Linux for programmers at an intermediate level, specifically.

Installing proprietary drivers with Manjaro isn’t too difficult because it quickly detects the hardware. Manjaro is for everyone, including regular users looking to get things done or developers looking for a productive environment.

Complete Linux Training Course to Get Your Dream IT Job 2022 Most well-known Linux distros provide a graphical or curse-based installer, while Arch simply provides the following collection of scripts:

Its installer disc contains tools to assist with system installation, such as pacstrap, genfstab, and arch-chroot.

Pacstrap adds a basic system hierarchy to the specified mount point and installed packages. Genfstab creates a fstab based on the currently mounted volumes under the specified root mount (takes care of mounting proc, dev, and others on the new system so you can continue configuring). Fedora is a widely popular distro that has many Spins and Editions available, including the desktop workstation edition, IoT edition, and of course, the server edition. Fedora is a common suggestion for newcomers who want to try something other than Debian- and Ubuntu-based distributions.

It resembles RHEL and CentOS, two of the most widely used server distributions. People frequently use Fedora as their primary operating system and as a bridge to RHEL and CentOS. Bottom line? The best Linux distro for programming depends on your unique projects and experience level.

Some are more user-friendly, while some require extensive experience before using them. Carefully consider each distro’s pros and cons before settling on a choice.

1. Which Linux is Best for Programming?

Ubuntu is best for beginner programmers, while Debian, Kali Linux, and Fedora are best for experienced programmers.

2. Which Linux is Best for Python Programming?

All the Linux distributions work equally well for Python programming. However, you can choose Ubuntu if you are a novice programmer.

3. Which Linux Distro is Best for Beginner Programming?

All the Linux distributions work equally well for C++ programming. However, Ubuntu is best for beginner programmers.

5. Which Linux OS is the Fastest?

Introduction to Linux (www.edx.org)
Competitive Programming Course (aff.codingninjas.com)
How to Use Recursion – Programming Tutorial (coding.degree)
Welcome Back
Continue with: