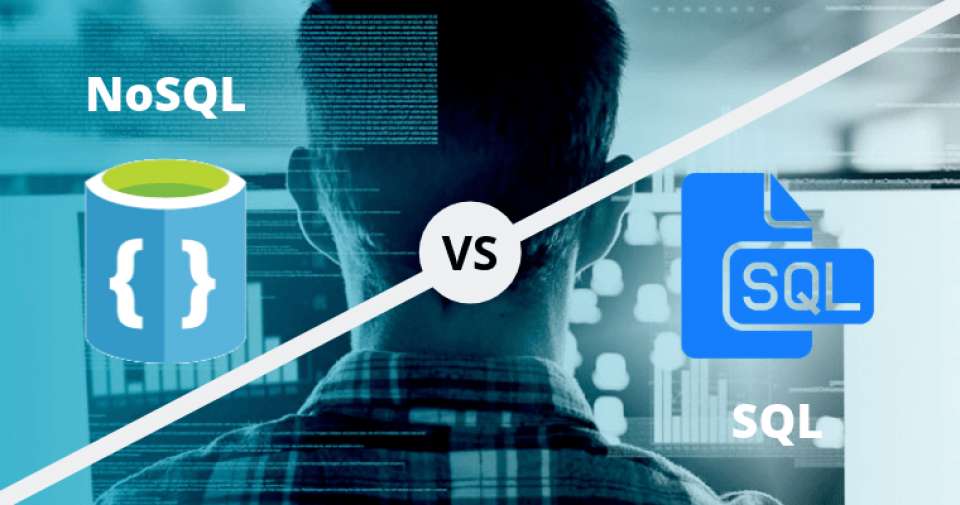 Both data management systems have their own application areas, advantages and disadvantages. Before moving on to explain the 8 major differences between SQL and NoSQL database management systems, let us first have a brief introduction of the two contenders.

With relations, SQL or relational database management systems are able to store data as well as match the data by means of common characteristics appearing within the dataset.

Unlike a SQL database, a NoSQL database doesn’t require a fixed schema. Moreover, it doesn’t necessarily enforce relations between tables. A non-relational database is made up of JSON documents. These are complete entities that can be instantly read.

NoSQL databases are non-relational databases that offer high performance and utilize a diverse range of data models. Such databases are preferred due to their ease-of-use, high availability, and robust flexibility. Hence, they make up for a lucrative option for dealing with Big Data.

NoSQL vs SQL: The Face-off

While making the choice between NoSQL and SQL, it is essential to keep these 8 differences in mind:

The advent of SQL and NoSQL approaches of data management is separated by a timespan of more than 20 years.

SQL has been in the limelight for over 4 decades as of now. Hence, it has matured, resulting in a mammoth community that is readily available for assisting and collaborating.

Chat sections and dedicated forums are voluntarily available across multiple web resources for SQL experts to share their knowledge with rest of the SQL community.

NoSQL was introduced to the masses sometime around the early 2000s. Though NoSQL is witnessing rapid growth, it still has a long way to catch up with its foremost rival. Support and community expansion is still limited for NoSQL.

A hierarchical data model is one which necessitates the data to be organized in a tree-like structure. The data is stored in the form of records, which are connected with one another via links. What fields a record will contain is determined by the type of the record.

Before the user can even begin working with a relational database, it is necessary to use predefined schemas for determining the structure of the data. The user data must follow the same structure. Hence, it involves a well-planned approach and careful execution.

A NoSQL database offers a dynamic schema for unstructured data. It is possible to store the data in a wide variety of ways, including column-oriented, document-oriented, graph-based, and as a key-value pair.

Unlike relational databases, the great flexibility offered by non-relational databases enables creating documents even without undergoing careful planning and defining the structure. The user can add fields over time and vary the syntax for different databases.

As each document in a non-relational database can have its very own unique structure, the user (or organization) gets to enjoy a great degree of freedom.

NoSQL and SQL can be further distinguished by means of their scalability. A typical SQL database is vertically scalable. It simply means that by increasing components such as CPU, RAM, and SSD, it is possible to increase the load on a single server.

Comparatively, any typical NoSQL database is horizontally scalable. It means that such a database can handle a boost in traffic by merely adding extra servers to the database.

Unlike SQL databases, NoSQL databases are capable of increasing in size and functionality. This makes them an ideal selection for large and complex data sets as well as those that are continuously evolving.

By virtue of their table-based nature, SQL databases are ideal for applications demanding multi-row transactions. Example of such applications includes accounting systems and legacy systems, originally developed for a relational structure.

Committing a join operation in order to bring together some record that is stored in a number of tables into a logical unit obviously requires time and resources. Moreover, the normalization technique necessitates additional overhead for creating, maintaining, and updating index files.

Contrary to SQL, NoSQL databases don’t necessitate for normalization. The argument made by those in favor of avoiding normalization is that the elimination technique for redundant data in databases emerged due to the expensive storage space and memory back in the 1970s.

However, prices for memory and storage space have dropped considerably in the 21st century and continue to drop over time. Therefore, NoSQL stresses that some level of data redundancy doesn’t matter that much as memory, as well as disk space, is inexpensive now.

Supporters of NoSQL also state that leaving data redundancy undealt can even offer, though only in some cases, faster data retrieval in addition to making coding easier.

All SQL databases follow ACID (Atomicity, Consistency, Isolation, and Durability) properties. Each of them is briefly explained as follows:

Unlike SQL databases, the NoSQL databases follow the CAP Theorem, where CAP stands for Consistency, Availability, and Partition tolerance. While Consistency is the same as that described before, the other two properties are explained briefly as follows:

NoSQL or SQL – Which One to Pick and When?

In order to make the right selection between NoSQL and SQL, it is crucial to understand what the business is expecting the database management system to accomplish for them. Nonetheless, following are some desirable scenarios for both NoSQL and SQL implementations.

SQL is the go-to choice when:

NoSQL is the go-to choice when:

Irrespective of the primary intent of an organization, opting for the right database management system is very important. NoSQL databases are growing rapidly and proving to be an innovative change in the IT industry. Hence, they have become vital in the present database scenario.

On the other end, we have SQL databases that have proved their worth for over 40 years now. Moreover, they entail well-defined standards that have established for much longer. Backed by a huge community, the opportunity for collaboration is immense for SQL databases.

Both SQL and NoSQL databases have their own distinct advantages over one another. Hence, with proper research of requirements and expected solutions, it is possible to make the right DBMS choice.

What is SQL? A Beginner's Definitive Guide
Read More

This blog is nice and informative at the same time