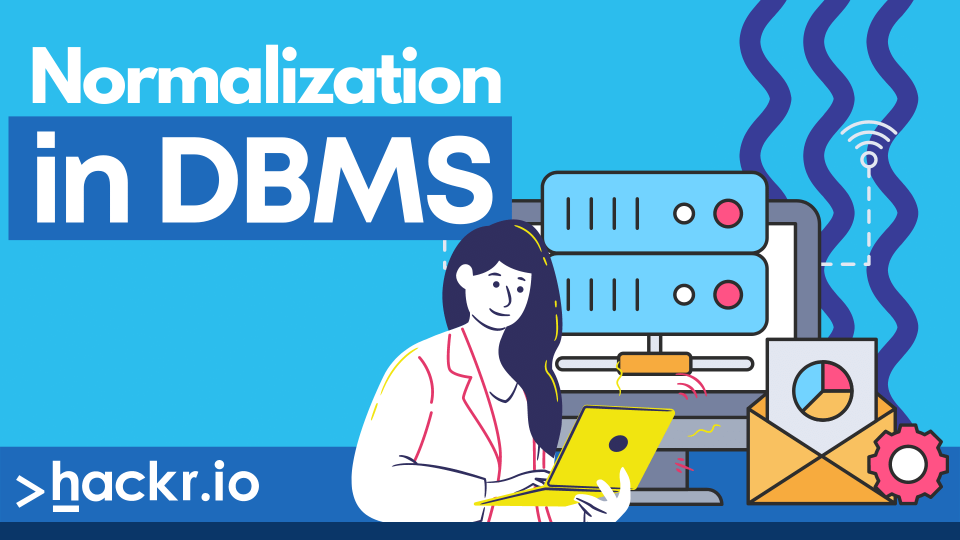 When developing the schema of a relational database, one of the most important aspects to be taken into account is to ensure that the duplication of data is minimized. We do this by carrying out database normalization, an important part of the database schema design process.

Here, we explain normalization in DBMS, explaining 1NF, 2NF, 3NF, and BCNF with explanations. First, let’s take a look at what normalization is and why it is important.

What is Normalization in DBMS?

Why Do We Carry out Database Normalization? There are two primary reasons why database normalization is used. First, it helps reduce the amount of storage needed to store the data. Second, it prevents data conflicts that may creep in because of the existence of multiple copies of the same data.

If a database isn’t normalized, then it can result in less efficient and generally slower systems, and potentially even inaccurate data. It may also lead to excessive disk I/O usage and bad performance.

What is a Key?

You should also be aware of what a key is. A key is an attribute that helps identify a row in a table. There are seven different types, which you’ll see used in the explanation of the various normalizations:

To understand (DBMS)normalization with example tables, let's assume that we are storing the details of courses and instructors in a university. Here is what a sample database could look like:

Here, the data basically stores the course code, course venue, instructor name, and instructor’s phone number. At first, this design seems to be good. However, issues start to develop once we need to modify information. For instance, suppose, if Prof. George changed his mobile number. In such a situation, we will have to make edits in 2 places.

What if someone just edited the mobile number against CS101, but forgot to edit it for CS154? This will lead to stale/wrong information in the database. This problem can be easily tackled by dividing our table into 2 simpler tables:

Further, if you observe, the mobile number now need not be stored 2 times. We have stored it in just 1 place. This also saves storage. This may not be obvious in the above simple example. However, think about the case when there are hundreds of courses and instructors and for each instructor, we have to store not just the mobile number, but also other details like office address, email address, specialization, availability, etc. In such a situation, replicating so much data will increase the storage requirement unnecessarily.

There are various normal forms in DBMS. Each normal form has an importance that helps optimize the database to save storage and reduce redundancies. We explain normalization in DBMS with examples below.

The first normal form simply says that each cell of a table should contain exactly one value. Assume we are storing the courses that a particular instructor takes, we can store it like this:

Here, the issue is that in the first row, we are storing 2 courses against Prof. George. This isn’t the optimal way since that’s now how SQL databases are designed to be used. A better method would be to store the courses separately. For instance:

This way, if we want to edit some information related to CS101, we do not have to touch the data corresponding to CS154. Also, observe that each row stores unique information. There is no repetition. This is the First Normal Form.

For a table to be in second normal form, the following 2 conditions must be met:

The first point is obviously straightforward since we just studied 1NF. Let us understand the second point: a 1-column primary key. A primary key is a set of columns that uniquely identifies a row. Here, no 2 rows have the same primary keys.

In this table, the course code is unique so that becomes our primary key. Let us take another example of storing student enrollment in various courses. Each student may enroll in multiple courses. Similarly, each course may have multiple enrollments. A sample table may look like this (student name and course code):

However, the tuple (student name, course code) is unique since a student cannot enroll in the same course more than once. So, these 2 columns when combined form the primary key for the database.

These 2 tables together provide us with the exact same information as our original table.

Before we delve into the details of third normal form, let us understand the concept of a functional dependency on a table.

Column A is said to be functionally dependent on column B if changing the value of A may require a change in the value of B. As an example, consider the following table:

Here, the department column is dependent on the professor name column. This is because if in a particular row, we change the name of the professor, we will also have to change the department value. As an example, suppose MA214 is now taken by Prof. Ronald who happens to be from the mathematics department, the table will look like this:

Third normal form avoids this by breaking this into separate tables:

Here, the third column is the ID of the professor who’s taking the course.

Therefore, in the third normal form, the following conditions are required:

Let us first understand what a superkey means. To understand BCNF in DBMS, consider the following BCNF example table:

Let us understand what’s going on:

A is a superkey: this means that only and only on a superkey column should it be the case that there is a dependency of other columns. Basically, if a set of columns (B) can be determined knowing some other set of columns (A), then A should be a superkey. Superkey basically determines each row uniquely.

Another example would be if a company had employees who work in more than one department. The corresponding database can be decomposed into where the functional dependencies could be such keys as employee ID and employee department.

A table is said to be in fourth normal form if there is no two or more, independent and multivalued data describing the relevant entity.

A table is in fifth normal form if:

Normalization is Important for Database Systems

If you want to learn more about SQL, check out our post on the best SQL certifications. You can also read about SQL vs MySQL to learn about what the two are. To become a data engineer, you’ll need to learn about normalization and a lot more, so get started today.

2. Which normal form can remove all the anomalies in DBMS?

5NF will remove all anomalies. However, generally, most 3NF tables will be free from anomalies.

3. Can database normalization reduce the number of tables?

Database normalization increases the number of tables. This is because we split tables into sub-tables in order to eliminate redundant data.

4. What is the Difference between BCNF and 3NF?

BCNF is an extension of 3NF. The primary difference is that it removes the transitive dependency from a relation.

What is SQL? A Beginner's Definitive Guide
Read More

Why ‘Data Redundancy’ is higher in 1st Normal Form than other normal forms? Explain with example.

Thank you for your the tutorial, it was explained well and easy to folow!

In you BCNF, why don't you use only instruter_id as FK but rather use instructer_name and instructor_phone.
Is that not duplicate?

table 2 is a child table, and enrollment numbers are a foreign key in table 2 not a primary key because it reference to table 1 which is parent table, a table can contain similar foreign keys in a one column . if you have to make a primary key you still need to combine both column then it will make a unique key, otherwise add another column and add surrogate key that must uniquely identify each row.

hello!
what is the primary key in the table .
it so confusing .

Normalization removes redundant data so sometimes it increases the number of tables.

What is the alternative to database normalization?

What is the purpose or need of normalization in database?