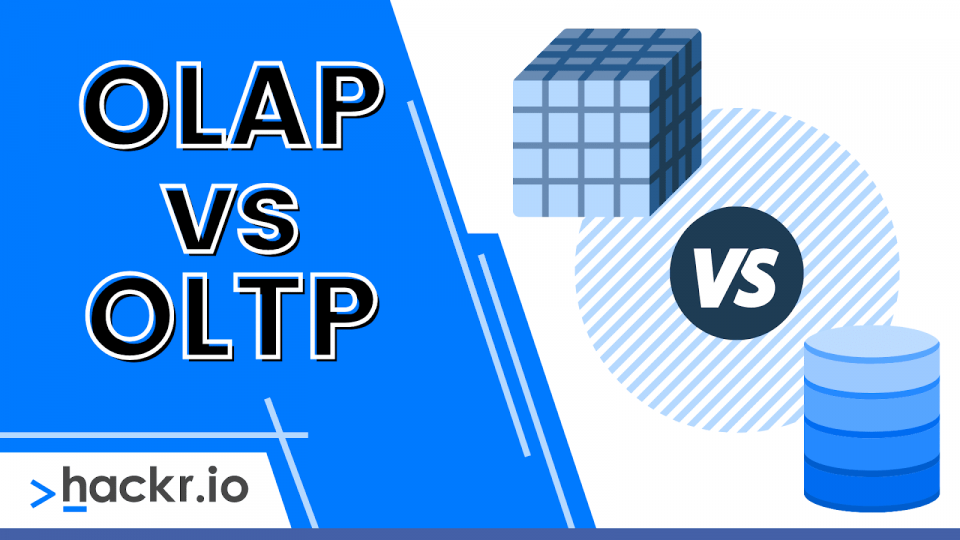 What is OLAP (Online Analytical Processing)?

An Online Analytical Processing (OLAP) database stores past data that has been sent in using an OLTP system. An OLAP system allows users to view a variety of summaries of stored multidimensional data.

An OLAP system allows information extraction from a bigger database and analyzes the same with the intent of decision-making. To do so, the system provides support for both simple and complex queries.

The effectiveness of an OLAP system is measured through its response time, and its primary objective is data analysis. In case of a transaction failure, the user can simply rerun the transaction and extract the required details.

Compared to an OLTP system, transactions made with an OLAP system are infrequent. However, OLAP transactions are long and therefore require more processing time and storage space. The tables in an OLAP database are not normalized.

OLAP databases feature aggregated and historical data that is stored in multidimensional schemas. Typically, this is a star schema.

What is OLTP (Online Transaction Processing)?

Online Transaction Processing (OLTP) systems become the source of data for OLAP systems. The primary purpose of a typical OLTP system is to record current update, insertion, and deletion requests, and modify the extant database accordingly.

OLTP systems support transaction-oriented applications in a 3-tier architecture. They administer the daily transactions of an organization. Data processing is the primary objective of an OLTP system.

Unlike an OLAP database, a typical OLTP database gets updated often. An OLTP transaction might fail before completing, causing serious data integrity issues to the OLTP system. Hence, such an online processing system needs to take special care of data integrity.

OLTP systems maintain data integrity in multi-access environments, and their effectiveness is usually evaluated by the total number of transactions they can carry out in a single second.

A typical OLTP database stores detailed and current data. The Entity Model is the scheme used for storing such transactional databases. Therefore, databases about OLTP systems are normalized. Typically, it is achieved using the 3NF normalization.

Most OLTP queries are simple and short. Hence, they have lesser processing time and storage space requirements. An ATM is the best example of an OLTP system. Other noteworthy examples of OLTP systems include online banking and sending an SMS. To simplify the comparison between OLAP and OLTP systems, we have divided the following section into several categories.

OLAP systems require backups less frequently. Hence, a strict backup schedule isn’t as important. Some environments might also consider reloading the related OLAP data as a recovery method instead of having regular backups.

The view on backup and recovery is the opposite for an OLTP system. A complete backup at any moment in time is mandatory, along with some kind of provision for incremental backups.

This is because operational data is critical to run a business, and the loss of such data can cause undesired fiscal and legal issues for the concerned organization.

For OLAP systems, data intends to assist with planning, problem-solving, and decision-making. Typically, data exposed to OLTP requests are in the form of a screen or screenshot.

On the contrary, data displayed by OLAP systems are in the form of multidimensional views.

While an OLTP database is composed of several tables, a typical OLAP database has fewer tables. It’s optional for tables in an OLAP database, which typically uses the star and/or snowflake schema, to be normalized.

However, this is not the same with tables belonging to an OLTP database. In this case, the tables must be normalized, typically, in 3NF.

An OLTP system focuses on inserting, updating, and sometimes deleting information from the database. On the contrary, the primary focus of a typical OLAP system is to allow the user to retrieve/extract multidimensional data that can be analyzed and used for decision-making.

While the users make quick inserts and updates to an OLTP system, OLAP systems are characterized by periodic long-running batch jobs and select operations that refresh the data.

The requirement for storage space is small for OLTP systems and even smaller for those systems with archived historical data.

On the contrary, OLAP systems ask for significant storage space. This is due to the existence of aggregation structures and historical data, which calls for many more indexes than a typical OLTP system.

While OLAP is an online data retrieval and analysis system, OLTP is an online transaction system. Unlike the OLAP system, the OLTP system is responsible for managing database modification.

The total processing time required by an OLTP transaction is small. Contrarily, an OLAP transaction requires much time for carrying out a single transaction. This is evident from the fact that response time for OLTP and OLAP systems are measured in milliseconds and seconds or minutes, respectively.

A typical OLTP query is relatively standardized and returns a few records. An OLAP query, on the other hand, involves aggregations and returns a heavy load of records or information.

While OLTP systems are apt for administering daily tasks, OLAP systems are great at storing historical data that can be churned later for decision-making and problem-solving.

As both the OLAP and OLTP online processing systems fulfill different purposes, choosing between them depends entirely on the requirements. Organizations tend to use both OLAP and OLTP, but you use OLAP when you need to gain insight from a lot of data. If you need to manage large amounts of transactions quickly, you use an OLTP system.

OLAP is used to extract information from a bigger database and analyze it to make decisions. Examples of OLAP transactions include viewing financial and sales reports, extracting budgeting information, and viewing marketing management details.

2. Is OLAP normalized or denormalized?

Tables in OLAP are not normalized. It doesn't require the atomic details of every transaction so no normalization takes place.

3. Are OLAP and Data Warehouse the Same?

A data warehouse is a repository to store data that can later be used for analysis. OLAP is used to analyze and evaluate data in a warehouse. They are not quite the same.

What You Need to Know About Stored Procedures
Read More

How do I use OLAP cube?

What is OLAP pivot table?

How many dimensions can an OLAP cube have?

What are OLAP queries?

What is OLAP operations?

Is Tableau an OLAP tool?

What type of database is a snowflake?

What is OLAP and OLTP in SAP?