MongoDB vs MySQL: Differences You Need to Know 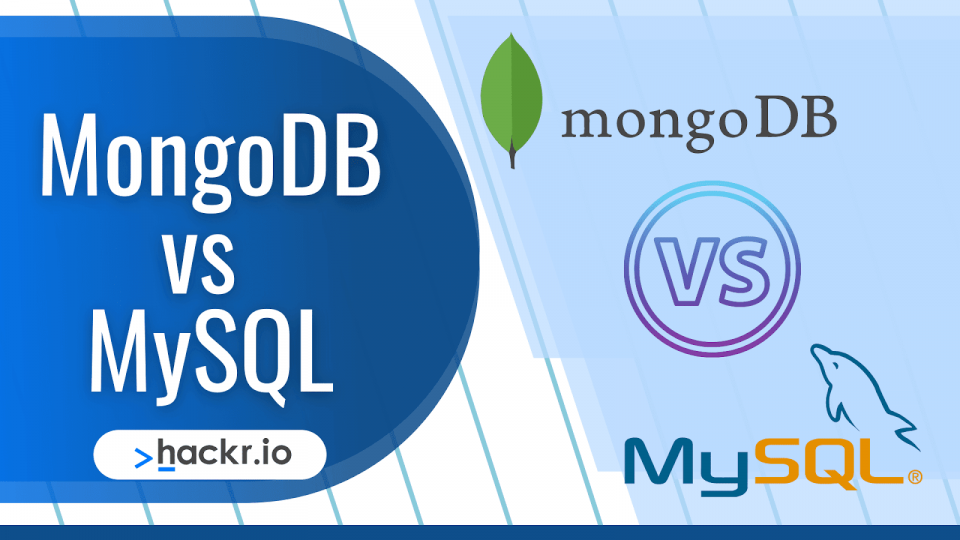 The Relational Database Management System (RDBMS) has been in vogue for decades, especially for web-based enterprise applications. The rapid increase in distributed and cloud computing, and changing expectations of users for data storage and management, paved the way for the two most popular open-source databases: MySQL and MongoDB.

Here, we’re going to compare the differences between MongoDB and MySQL, which will help you make prudent decisions and choose the most appropriate database for your application. We start off with a table that quickly compares the two.

MySQL is an open-source relational database management system that stores data in tables and maintains a relationship between them. It uses Structured Query Language (SQL) for database access and has a very powerful syntax to create simple and complex queries to retrieve and structure data.

Data in MySQL is organized and conforms to a certain format, and this has helped make it the most popular structured database today.

It’s worth knowing more about NoSQL and Document Store. These are prerequisites that help in understanding MongoDB.

The main characteristic of a NoSQL, or Not only SQL, database is that it does not store data in the traditional table format like in an RDBMS. NoSQL databases deal with gigantic volumes of data hence they follow a distributed database model. Document databases, graph databases, key-value databases, and wide column stores are the four primary classifications in the NoSQL family.

Document Store stores the data as JSON objects in documents whose structure does not have to be predefined. Data can be nestled, removing the need to join data like in relational databases. Each document can be compared to a traditional row in a relational database, and each property in the JSON object as a column.

MongoDB is a non-relational, unstructured database. This document-oriented database stores your data in collections made out of individual documents. In MongoDB, a document is a big JSON object with no particular format or schema. MongoDB represents JSON documents in a binary encoded format named BSON.

MongoDB 4.0 is the latest evolution of MongoDB with added features like multi-document ACID transactions, data conversions, and so on. MongoDB Stitch — the serverless platform — lets you execute any MongoDB query, right from inside your frontend app. Stitch ‘triggers’ let your app respond to real-time data changes. MongoDB Mobile also brings the power of the document model to your mobile and IoT devices.

As MySQL follows the relational model, data is stored in tables and you have to pre-define the schema based on the requirements along with rules that have to be set up between fields in your tables.

In MongoDB, data is stored as documents in a collection so you need not define the structure of the documents. If a new field is added to a document, the field can be created without affecting other documents in the collection. This key difference is a big advantage to developers as the code defines the schema and you do not have to carry out schema migrations.

Developing applications in MySQL is a lot slower as it uses the rigid table structure model.

Meanwhile, working with data as flexible JSON documents in MongoDB has accelerated development cycles by 4 to 5 times. These documents map naturally to object-oriented programming languages, making it easy for developers to visualize how data in the application will map to data in the database.

Documents in MongoDB make applications fast as all the data for an entity is stored in a single document. This facilitates the reading and writing of data in a single place.

Though MySQL has added support for JSON, it does not result in the same productivity benefits.

MySQL supports atomic transactions, i.e., you can have several operations within a transaction. MySQL was better than MongoDB in this regard until MongoDB introduced support for these transactions.

MongoDB 4.0 added support for multi-document transactions, making it a powerful open-source database in the unstructured space. Though there are a few limitations — some operations are not supported in MongoDB — it is still a boon to the developer community.

MySQL is not built on a distributed system architecture. However, ‘MySQL Cluster’ is a new distributed database in the MySQL family.

MongoDB is built completely on a distributed architecture, as a result, MongoDB offers data localization with automatic sharding and replica sets to maintain ‘always-on’ availability.

As a result, MongoDB data becomes available globally, but placed locally in specific geographies for governance and low latency access.

Though MySQL comes with JSON support, developers are still tied up with multiple layers of SQL functionality when interacting with JSON data. If you are a developer who wants to interact through APIs that are idiomatic to your programming language, these layers are an overhead.

That is where MongoDB is positioned better than MySQL. MongoDB drivers and the APIs are native to the programming language of the developer.

When Should You Use MongoDB?

MongoDB tends to bring improvements in productivity, performance, and scalability.

Here are a few use cases that showcase these benefits:

When Should You Use MySQL?

Conclusion: Which is Better?

Though MongoDB is faster than MySQL and can handle large volumes of unstructured data, it is still relatively new. As such, there is a lack of skills in the developer community.

The nature of the applications and the data sets is what determines the selection of the database.

In a nutshell, MongoDB is good for when there is a high volume of data, data recovery, and speed is a deciding factor, and MySQL is good for legacy applications.

1. Is MongoDB better than MySQL?

There’s no clear-cut answer for this. MongoDB is good for large volumes of data, while MySQL is good for legacy applications.

2. Is MongoDB easier than MySQL?

There is no straightforward answer to this. MySQL has much more community support, while MongoDB makes it easy to create and upgrade applications.

3. Is MongoDB good for large data?

Yes, MongoDB is good for large amounts of data. This is one reason why some teams pick it over MySQL for certain projects.

5. Which query language does each database use?

Thanks for an article that was written without any bias. Good job.