NodeJS vs Python: Features, Application and Use Cases 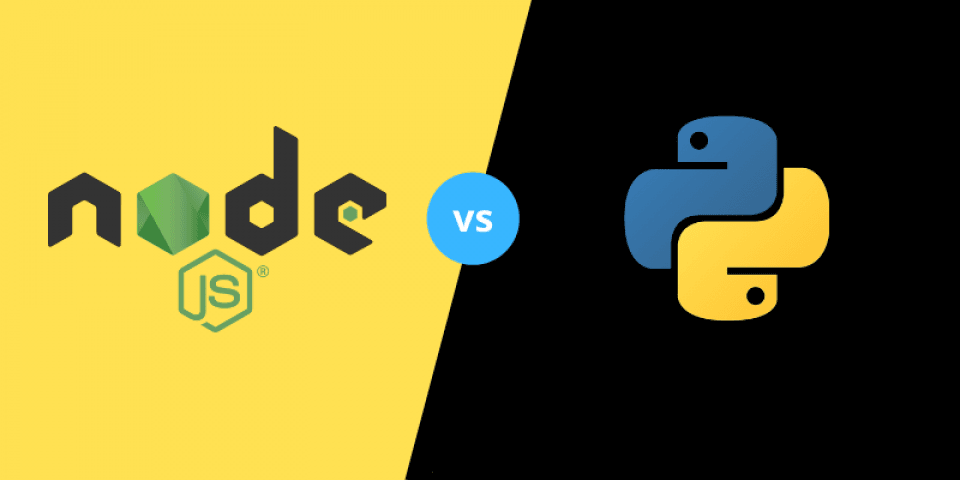 When you’re building a project or an application, one of the most important decisions is to choose the right language. In this article, we will look into the upsides and downsides of Python and NodeJS so that you can decide which one is best suited for your project.

What is Python? Pros, Cons & Use Cases

Python has been around for a long time as it was developed back in 1991 and is still one of the innovative, flexible and versatile technologies because of its cutting-edge implementations, excellent documentation, and the continuity in the development of libraries. Python is the most preferred language for AI, machine learning and data science projects. According to Jetbrains, it will remain this way for at least 5 years.

According to Hackerrank, Python has one of the largest communities, which means you will have all the support you need. Like any other technology, Python has its pros, cons, and specific areas of application. I have used Python for many different projects like image colorization and health-care platforms. Time and time again, it has proven to be a robust technology for handling all of the tasks.

Python has many advantages that facilitate development in diverse projects, from startups to big enterprise platforms. Here are some of the most prominent ones:

Python enables developers to get the job done with fewer lines of code than similar object-oriented languages. Furthermore, most developers are also comfortable with switching between Java and Python (and that’s why you see them used in tandem). Python offers seamless maintenance where errors can be resolved within minutes. Its compact syntax is easy to work with and it also proves easy to debug

Thanks to Python’s rapid development methodology — which allows you to maintain several iterations at a time — and the DRY (don’t repeat yourself) principle, which means you can reuse parts of the code.

I work for the loan management division of a company that finances large purchases (furniture, refrigerators, etc.). My coworkers manage our accounts and I support them and management with data analysis and workflow automation. Since there is such a focus on productivity, short delivery time is often the most important thing, right after “How many FTEs will that save?” So I use Python for its flexibility and the speed at which it allows me to write usable code. I can cover more bases much more quickly than I could with something like .NET, Java, or any Windows scripting utilities, and none of my work is user-facing, so I don’t need extensive GUI capabilities. Python fits this niche perfectly.

Python has a simple syntax, so it’s easier to express logic in a few lines of code which in turn allows us to read and debug the code easily. It’s also simple enough for the clients to understand, which makes for more convenient collaboration.

Python has a wide range of development tools

Sublime Text, a popular code editor, provides support for Python coding, as well as additional editing features and syntax extensions. Powerful web frameworks simplify the process and allow developers to focus on the logic of your applications. One such example is Django, which is a full-stack framework for developing all kinds of applications optimizing the time required to complete a project.

Python has a large community

Comparing Python and Node.js, Python is a more mature open-source language and has one of the biggest user communities. It has an incredible number of contributors, from junior to experienced. That means at least two things: it’s easy to find developers, and you get an active, supportive community that’s eager to share solutions and improve the language.

As it’s been around for more than 25 years, developers have access to high functionalities and extensive library support. Python also offers several advanced web API’s that include the following for the back end:

At the front end, you can use Tkinter/PySide APIs. It’s also highly portable as it can be used for both mobile and the web with a wide variety of web scripting and scraping.

Python is a great fit for most types of projects, but it does have a couple of limitations:

Python is great for developing server and desktop platforms, but it is considered weak for mobile computing. That’s why very few smartphone applications are written in Python.

What is NodeJS: Pros, Cons and NodeJS use cases

Node.js is an environment that allows JavaScript to be used for both back-end and front-end development, which solves some compatibility issues. It was launched in 2009 (not that long ago) and is steadily gaining popularity. When comparing Python and Node.js for web development, Node has a few benefits to boast about:

I run a small business and do all the tech work, which includes scripts, services, internal web apps, API scraping, DB admin, etc. I like that I can develop quickly with Node. If we were going to scale out anything I’d probably go with a more mature and locked down technology, but the MEAN stack is perfect for us at the moment. I also enjoy Javascript as a language

It’s difficult to say that one programming language is better than another because it’s all relative. What’s better for your project will depend on your team’s expertise and project-specific requirements. They both have their advantages and disadvantages, and they are used for different kinds of projects. So when you are choosing between Node.js vs Python, you need to look at all the pros and cons to decide which one is most suitable for your project application.

I am a competitive Programmer trying to be better at algorithms and problem-solving. CS Undergrad doing my internship in backend development and currently dealing with NodeJS, Graphiql, MongoDB and machine learning. View all posts by the Author