Unity vs Unreal: Which Game Engine Should You Choose? 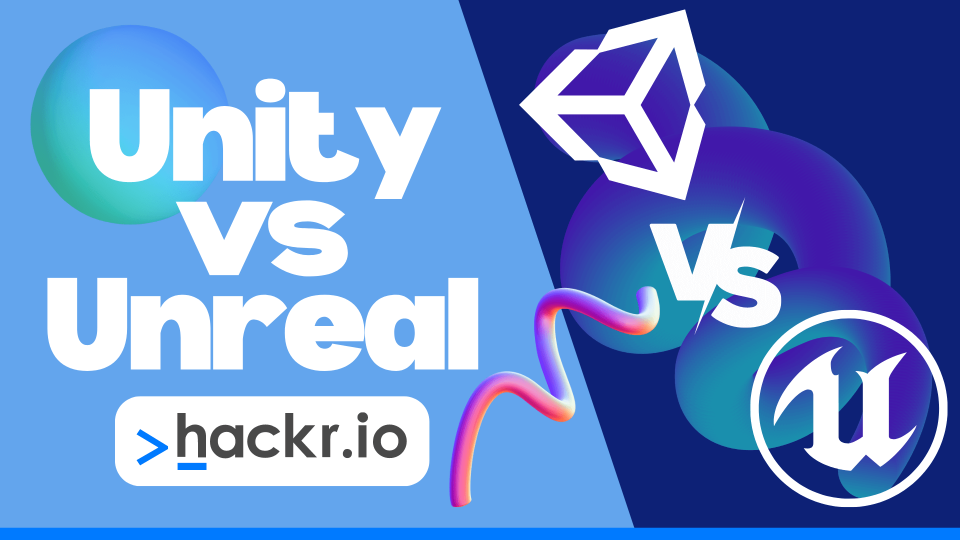 Game Engines are software development environments with pre-built gaming components that game developers can use to plan and build interactive video game frameworks for PCs, consoles, mobile devices, and more.

These game design tools provide developers with ready-to-use features like a physics engine, 2D and 3D rendering, AI, object collision detection, sound, color, scripting, and more, all without the need to code these elements from the ground up.

There are several game engines on the market, but we’ll focus on the popular question of Unity vs Unreal. So, is Unreal Engine better than Unity, or vice versa? Let’s find out.

To get started, we’ve compiled a quick summary of the differences when considering Unity vs Unreal Engine.

Many users have adopted the Unity game engine as it allows them to create and experience 2D, 3D, and VR games. It has also been adopted by a variety of industries outside of gaming, including film animation and effects, automotive, architecture, engineering, and construction.

The History of Unity So Far

When asking the question, is Unity better than Unreal Engine, it helps to see what aspiring Indie game developers and game studios have produced with the Unity game engine. And the results are some of the most popular games available:

What is Unreal Engine?

The first generation of Unreal Engine was released in 1998 by Tim Seveeny (founder of Epic Games), with its opening showcase being the first-person shooter (FPS) game, Unreal.

Unreal Engine is known for its portability and support for various platforms, including Windows, macOS, and Linux PCs, gaming consoles (PS4, PS5, Xbox One, Nintendo Switch, etc.), and iOS and Android mobiles.

Since its arrival, Unreal Engine has proved to be a strong choice for creating high-definition graphics and next-generation physics effects, resulting in a reputation as the industry standard while nabbing various awards along the way.

With this in mind, it’s no surprise that many aspiring game developers opt for Unreal when choosing a game engine.

Whether you’re new to game development or looking to expand your skills to include Unreal, check out these courses to learn how to use Unreal Engine.

The History of Unreal Engine So Far

If you’re trying to figure out which is better in the battle of Unreal Engine vs Unity, then maybe it will help you to know that some of the highest quality AAA game studios have used Unreal Engine to produce some of the most well-known games on the market:

Similarities Between Unity and Unreal

Despite their rivalry, both Unity and Unreal offer similar tools and features for game design and development, including:

Differences Between Unity and Unreal 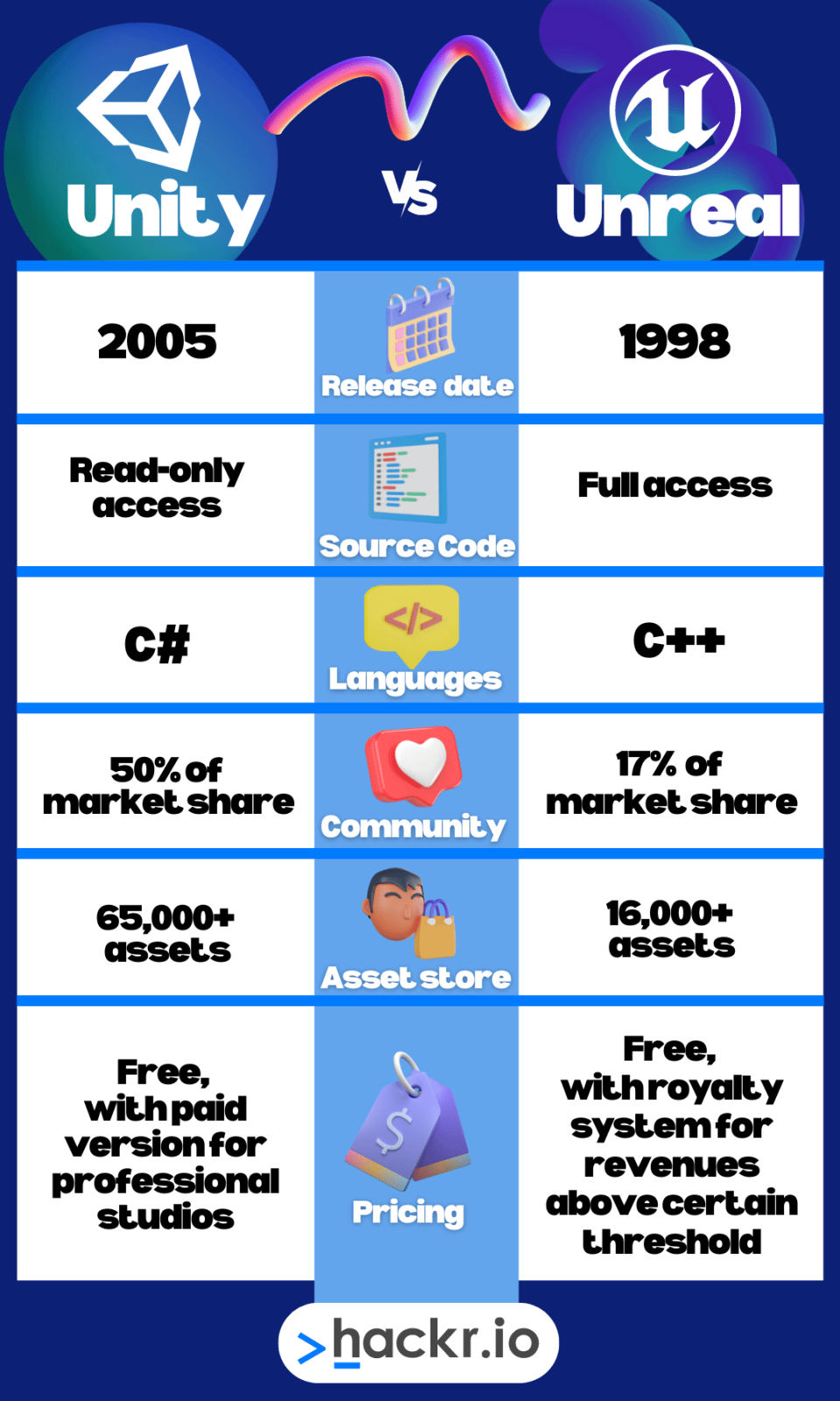 Some of the main differences you should bear in mind when deciding between Unreal Engine or Unity include:

The answer to the debate of Unity vs Unreal is not straightforward since game development would be hard to imagine without both of these incredible engines.

While both have pros and cons, the right choice ultimately depends on developer requirements and language preferences.

With Unity, game developers can use an engine renowned for its huge user base and excellent support for 2D and 3D gaming; plus, it’s easier to learn for newer developers due to the use of C#.

Unreal Engine is ideal for building large and more complex games due to its high-fidelity and photorealistic 3D graphics. However, the need to know (or learn) C++ may mean that newer coders find it harder to use. So, Unreal Engine may be better suited to experienced developers.

It depends on developer requirements. Unreal is complex, but it can build high-quality environments. Unity is easier and well-suited to smaller-scale games.

2. Is Unreal Engine Better Than Unity?

Neither Engine is better than the other as they each have advantages and disadvantages.

3. Is Unity or Unreal Engine Better for Beginners?

Unity is usually better for beginners as it’s easier to learn and user-friendly.

4. Is Unreal Harder Than Unity?

Unreal is more difficult to learn than Unity because you need to use C++. So if you’re a beginner, you might prefer Unity.

Unreal has support for visual scripting (blueprints) which is compiled, fast, and has become the main method for most programming.

You have an error on the Head to Head comparison chart. Unity uses C# and Unreal uses C++., Unity also has VFX and Particle System. Under pricing, you should mention Unreal royalty fees.

Pretty sure Unity is written in and c#, and unreal is written exclusively in c++...

This is an absolutely useless article. And in what world is C# faster than C++. C# is a number of magnitudes SLOWER than the lower level C++. Given that C# has in intermediary language used for cross platform functionality, means that it is much much slower than any language directly compiled to a specific platform.

In the table, programming language is incorrect

I'm pretty sure you mixed up the development languages in the table. Unity uses C# while Unreal uses C++

Awesome, i think the writer gave a fantastic information about the two, but one big mistake he over looked was the fact that Unity uses C++ whiles unreal uses C# as a programming language. I think in my view that needs to be address accordingly. Thanks

There's an mistake in the comparison table. The used language in unity is not c++ but c#. Would you mind changing this so i can use the table for a presentation?