Best API Testing Tools You Need to Use In 2023 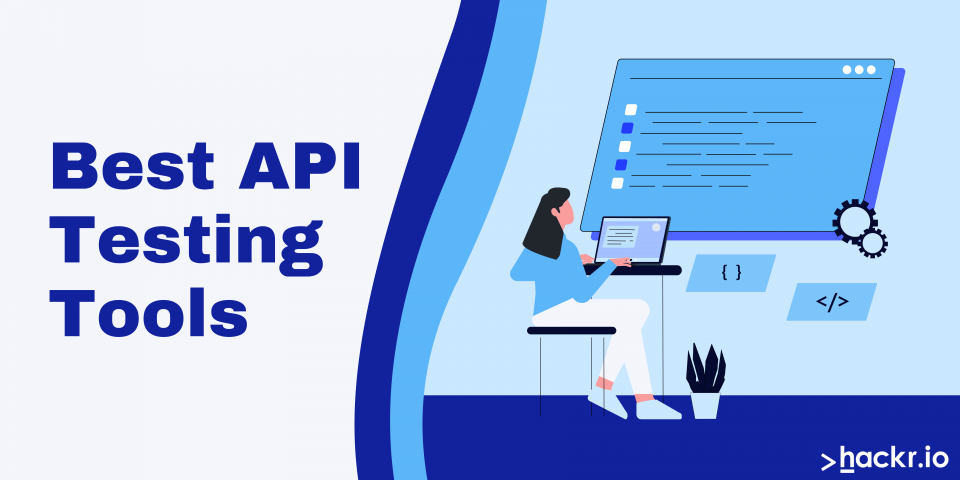 API (Application Programming Interface) testing is software testing where the APIs are tested on the message layer, such as the SOAP web services, REST API, etc.

API testing is particularly useful during agile development as the development cycles are short; thus, automated testing becomes the need of the hour.

What is API Testing Tools?

API is a computing interface that describes the interactions between two or more software entities. The API defines the calls and requests made from one system to another, how these calls are made, the format of data, the conventions to be followed, and more.

Why Use API Testing Tools?

Since all the application components are mostly loosely coupled, it is important to test the APIs. APIs reside in the business layer, which is likely to change many times. Through automated API testing tools, you can detect any format changes in request/response, or if there are any changes to the API itself, early in the testing phase. This simplifies the integration and regression testing phases, contributing to a shorter software testing life cycle. TestMace is one of the most powerful, modern, and cross-platform automated API tools that is useful for developers and testers. Developers can create complex mock scenarios and requests using authentication, variables, syntax highlighting, and autocomplete features. The UI is very simple to understand, and you can easily switch between environments. TestMace provides exhaustive documentation to support its features.

Testers can easily write test cases with the help of the tool’s graphics editor. The test cases can be tested with a single click! The tool also provides a JavaScript code editor to write complex custom scenarios. Tricentis encourages automated testing, a completely codeless and AI-driven intelligent approach. It is a proven tool for cloud and DevOps and greatly enhances software delivery and the quality of enterprise applications. It has a simple UI with drag-and-drop features, which even non-technical people can easily understand. It also supports debugging and allows testers to create data-driven test scenarios. Testers can also create their custom scripts (code) for complex scenarios. SoapUI can also be integrated with many popular automation tools like Maven, Junit, Hudson, etc. Airborne is an open-source framework to write automated tests for APIs. It tests APIs on top of Rspec and RestClient. Airborne is specifically for Ruby and provides simple response checks.

Airborne doesn’t have great documentation; however, it is easy to write tests, so you should be well prepared once you are familiar. It has no user interface other than a text file to create code and run the tests. But it's extremely accessible for even those who haven’t written any code before. JMeter is used for different types of testing, including load testing, functional testing, and unit testing.  Its primary focus is web applications, and it can also be used for basic performance monitoring. JMeter supports many protocols and servers like HTTP, HTTPS, SOAP, LDAP, FTP, etc. It is open-source and available for free. Finally, JMeter has an interactive and easy-to-use UI. RapidAPI is used for testing, design, monitoring, and much more. It has a very intuitive UX and supports any API type. Developers and testers can easily create detailed functional tests for deeper API validation. It provides centralized (global) monitoring and can be integrated into CI/CD pipeline. You can also use it to test all the REST APIs, SOAP, and GraphQL APIs. Postman simplifies API testing and quickly integrates it into CI/CD pipeline, leading to faster development, testing, and monitoring. The Postman API development environment has three parts:  collections, built-in tools, and workspaces. You can run requests, debug, test, create and document mock scenarios, and monitor the collections’ API. You can share the collections, assign permissions, and collaborate using the workspace. Developer: Acquired by Google in 2016

Apigee is an API gateway management tool to exchange data across cloud applications and services. It fronts services with a proxy layer, thus abstracting the backend service APIs.

Apigee has two main components. First, the Apigee services, which allow you to create, deploy, and manage API proxies. Second, the Apigee runtime, through which all the API traffic passes and is processed. The API monitoring is AI-powered, and thus, any issues can be identified in just a few clicks. Through ReadyAPI, you can test the functionality, load, and security of SOAP, RESTful, GraphQL, and many more web services quickly inside the CI/CD pipeline. It has a centralized interface and helps accelerate API quality for DevOps and Agile teams. Teams can create data-driven tests and add security scans easily with just a few clicks. ReadyAPI also offers virtualization of SOAP, RESTful, TCP, etc., and web services to remove testing pipeline dependencies.

REST-Assured is a Java-based DSL through which you can write readable and powerful tests for RESTful APIs, but not OAP APIs. It is a Java library, so integrating with Junit, TestNG, or other Java frameworks is easy, and integrating to CI/CD is also very fast. The code is in human-readable form (like English) as it supports Given-when-then notation similar to if-else. As a bonus, Katalon Studio is worth mentioning in our list. Katalon LLC developed a dual interchangeable interface to create test cases, like script view and manual view. This means both technical and non-technical persons can use it.

Katalon Studio has three versions: free, enterprise, and runtime engine so that teams can customize based on their budget and operational needs.

All the above API testing tools are good in their own ways, and we cannot say one is better than the other. The API tester you choose depends on your business case and the features that your project requires.

Now that you have an idea about some of the best API testing tools, it’s time to upgrade your software knowledge! Explore Top 10 Software Testing Courses.