What is Fuzzy Logic? Advantages and Disadvantages 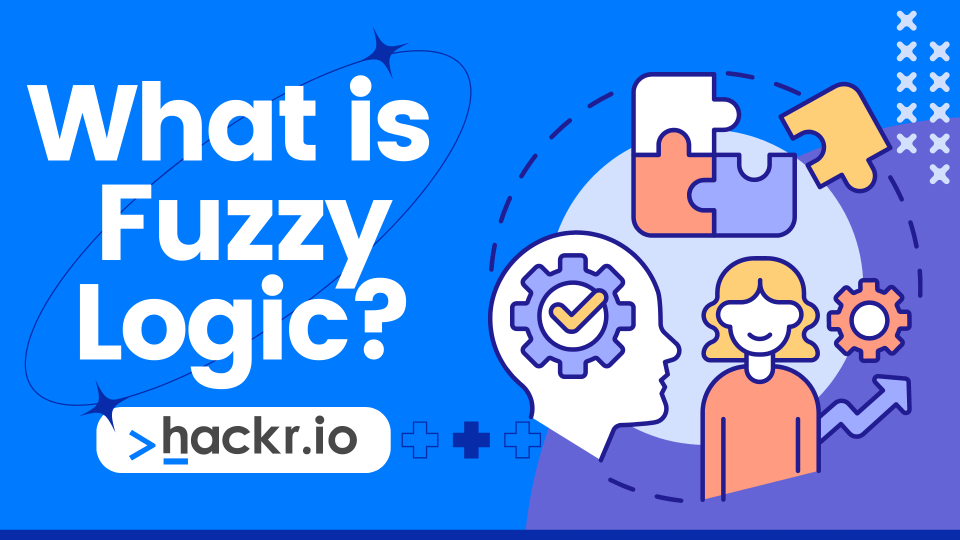 In our everyday life, we may confront circumstances where we can't decide if something is valid or bogus.

The field of fuzzy logic deals with this. It is an odd name for a mathematical concept, first formally introduced in the mid-1960s.

Fuzzy logic has applications in a wide variety of fields, including Artificial Intelligence, where it is used in Neural Networks.

What is Fuzzy Logic? Fuzzy Logic is a technique for computational “thinking” that resembles human thinking. Typically, a computer processes info to produce an output of true or false, which is similar to a human’s yes or no.

Lotfi Zadeh conceptualized fuzzy logic in 1965, keeping in mind that humans often have answers other than yes and no. However, fuzzy logic goes as far back as the 1920s under the name of infinite-valued logic.

Fuzzy logic can be used in frameworks of various sizes and capacities, such as small-scale controllers or workstation-based frameworks. Additionally, it tends to be used in equipment, programming, or a mix of both. It has an impact on data analysis as well.

Bear in mind that the fuzzy logic algorithm isn’t always accurate. There can be “noise” or faulty features. There have been improvements in the field, like Fuzzy Decision Trees. The latter combines fuzzy logic with symbolic decision trees to tackle any issues one might encounter.

Why Do We Utilize Fuzzy Logic?

The fuzzy rationale framework has a variety of uses. Since it makes room for vague human assessments, it allows for more outcomes in both business and engineering. For example, it can be used to control machines and shopping systems.

Some real-world applications of fuzzy logic are:

You may be wondering if there is a similarity between fuzzy logic and neural networks. There is a difference and that is the fact that fuzzy logic aims for matching human reasoning and decision-making, while neural networks attempt to create systems based on the neurons of a human brain.

The 4 Components of Fuzzy Logic

Defuzzification is a process by which we receive a quantifiable output from fuzzy sets. There are various defuzzification strategies available, and you have to choose the most appropriate one with a specialist framework.

Advantages and Disadvantages of Fuzzy Logic

Like almost every framework, fuzzy logic has a set of pros and cons. The limitations of fuzzy logic have also resulted in other areas of research getting more attention.

A lot of rules are then applied to the enrollment capacities to yield fresh yield esteem. Let’s examine a case of procedure control to really learn about the importance of fuzzy logic.

We have temperature as the data point and fan speed as the yield. You need to make a lot of participation capacities for each piece of information. An enrollment work is basically a graphical portrayal of the fuzzy variable sets. We will at that point make an enrollment work for every one of three arrangements of temperature:

In the following stage, we will utilize three fuzzy sets for the yield, slow, medium, and fast. A lot of capacities are made for each yield set similarly concerning the information sets.

These principles apply to the enrollment capacities to deliver the fresh yield and incentive to drive the framework. Along these lines, for an info estimation of 52 degrees, we converge the enrollment capacities. Here, we are applying two guidelines as the crossing point happens in the two capacities. You can stretch out the convergence focus on the yield capacities to create a crossing point. You would then be able to shorten the yield capacities at the stature of the crossing focuses.

This was a basic clarification of how the fuzzy rationale frameworks work. In a genuine working framework, there would be numerous information sources and a few yields.

If you’re interested in such fields, you should check out our explainer on data science or perhaps some other field.

1. What is fuzzy logic in machine learning?

Fuzzy logic is a mathematical model that is used in various AI applications. There are machine learning methods that utilize fuzzy logic.

2. What are the 4 four components of fuzzy logic?

The 4 main components of fuzzy logic are the fuzzifiier, fuzzy rules base, inference engine, and defuzzifier.

3. Does AI use fuzzy logic?

Yes, fuzzy logic is a mathematical that does have applications in the field of AI. You can read the explanations above for more fuzzy logic examples.

Lotfi Zadeh is considered the father of fuzzy logic. He created the mathematical framework for fuzzy logic in the mid-1960s.

Fuzzy logic still exists, though other means are often given more attention. The field of AI is always evolving so it may yet find make a greater impact.