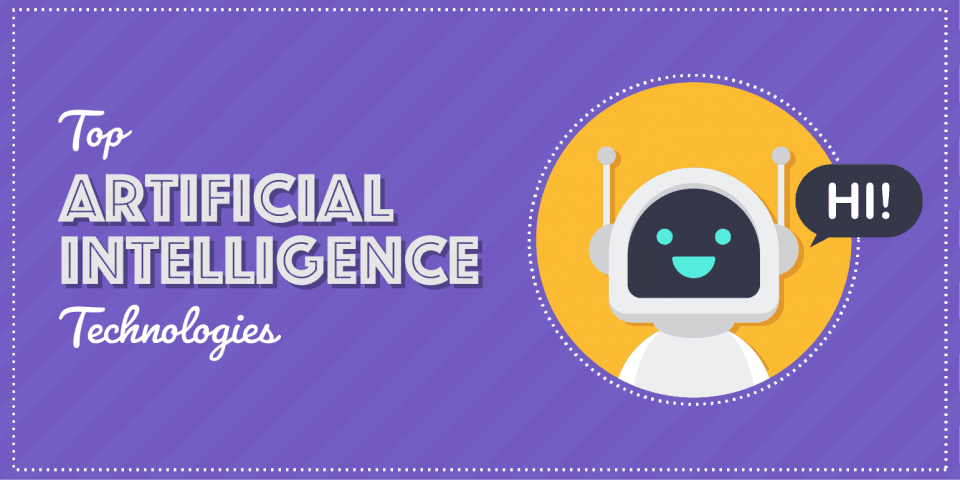 What is Artificial Intelligence?

Artificial intelligence is taking many of our daily lives tasks and reducing human intervention but what is this new AI technology exactly? Training a computer system to think and respond like a human brain is termed as AI. This is generally achieved by reinforcement learning i.e. the computer self-learning based on its previous mistakes and observing patterns. Example: AlphaGO, an ancient Chinese board game which is hard to learn and win at but a trained model defeated the world champion in this game by self-training itself millions of time and learning from its mistakes every time it lost the game.

You can read more in details and the mechanism behind AI in our blog here.

As AI is highly taking over various industries, so are the applications of AI technologies gaining a large momentum in our everyday lives. Tasks such as calling your friend, routing to your respective destinations, switching on or off of your electrical appliances can be easily done by giving voice commands to your personal virtual assistant that are driven by AI technology is also making its space in automobile, e-commerce, AI farming, healthcare, and various other industries. The day is not far when AI technology would have flourished so much that we would be dependent on our virtual assistants to wake us up, our driverless cars to commute us to our work and maybe AI-powered robots to help us make the decision at our work by predicting and analyzing the data and giving useful insights. This all sounds very fictitious when we read, doesn’t it? But remember earlier video calling was also people dreamt about but now everyone is accessing this feature in their smartphones.

So, let us now see how far this AI technology has come so far and impacted people’s life.

The ultimate goal of NLG is to teach computers some kind of structure data into Natural Language which we can use to respond to the users in a conversation.

There are two main domains of the NLP problem:

Speech Recognition translates spoken utterances to the text i.e. a technology that transcribes language transforms human speech into format useful for computer applications. For example, Siri which is a virtual assistant to Apple.

Why we need Speech Recognition?

Speech is the most common form of communication, as the majority of the population communicates through speech. The advantage of the Speech Recognition System overcomes the barrier of literacy as well as serves both the literate and illiterate.

It is difficult to make as it has many sources of variability.

Devices are being trained and structured to execute AI-oriented tasks specifically resulting in better and improved graphics as well as the central processing unit. For instance, an AI optimized silicon chip which can be inserted into any portable device. Companies like Alluviate, Google, Cray, Intel, IB, and Nvidia are greatly investing in AI optimized hardware to accelerate the next generation of applications.

Machine Learning is an important branch of AI with an objective to develop new techniques enabling computers to learn and become intelligent. Achieving intelligence is possible with the help of ML algorithms, APIs, development training tools, big data, and applications. ML is widely used for the purpose of categorization and prediction. Machine learning platforms are sold by Amazon, Fractal Analytics, Google, H2O AI, Microsoft, SAS, Skytree, and Ad text.

A virtual agent is a trained system or an agent that is capable of interacting effectively with humans. Currently, smart agents called chatbots are being integrated with more and more websites and mobile applications to provide user experience to the customers and thus show growth in the business tremendously. The popular virtual agents developed by popular giants Apple, Google, Amazon, IBM, and Microsoft are Siri, Google Assistant, Alexa, Watson, Cortona.

AI-based engines capable of inserting rules and logic to AI systems used to their training and setup, maintenance, and tuning. A mature technology, it is used in the wide variety of enterprise for decision making, in order to add value to the business and make it profitable. Decision management is already being used by companies like Informatica, Advanced System Concepts, Maana, Pegasystems, and UiPath by incorporating it into their applications to propel and execute automated decisions.

Deep learning is the form of machine learning that duplicates the neural circuits of the human brain to process data and create patterns for decision making. In this artificial neural networks are used with multiple abstraction layers. Automated speech recognition, image recognition, and prediction, pattern recognition, and classification applications supported by large data sets are few of its applications supported by large sets are few of its applications. Deep Instinct, Ersatz Labs, Fluid AI, Math works, Peltarion, Saffron Technology, Sentient Technology, and Laverton are some of the sample vendors.

The human body’s structure, form, and behavior can be analyzed using AI integrated biometrics which deals with the recognition measurement and analysis of the human body. It enables interactions between humans and machines. #VR, Affectiva, Agnito, FaceFirst, Sensory, Synqera, Tahzoo are some of the sample vendors.

It refers to the functioning of the corporate process using scripts and other methods to mimic and automate human tasks. This technological application is not developed with a mindset of replacing humans, but to support and compliment their skills and talent. Companies like Pega Systems, Automation Anywhere, Blue Prism, UiPath, and Work Fusion are some sample vendors of this technology.

Language Processing uses test analytics to carry out the interaction between human languages and computers. It analyzes the structure of sentences as well as their interpretation and intention through machine learning. Languages processing & text analysis is widely adopted in fraud detection and security systems. Unstructured data from many automated assistants and applications derive unstructured data by NLP. Some of the services providers in the field are basis technology, expert system, Coveo, Indico, Knime, and many more.

Computer Defence mechanism capable of detecting, preventing, and mitigating attacks and threats to data and infrastructure of the systems is termed the process of cyber defense. Co acts as a firewall to fight against any threat which is yet to affect information & infrastructure. Neural networks capable of processing sequences of inputs along with ML techniques are used to create learning technologies to reveal suspicious user activity and detect cyber threats.

Videos, Ads, Blogs all contribute to the content on the internet but with the advancement in AI technology companies like Hearst, USA today & CBS are using AI to generate content automated insights have created a popular tool called wordsmith that applies NLP to generate new stories.

AI Technology in this field enables us to interpret emotions expressed by humans to be read and interpreted by using advanced image processing and audio data processing. This technology is generally used by law inforces for integration beyond verbal, nviso, and effective are some of the sample vendors.

Marketing Automation Increased engagement and improves the performance of the company to grow income faster. MA uses software to automate process like client segmentation, data integration, and campaign management & by adopting AI Approach the process have been automated efficiently AdextAI is known to be a pioneer in adopting MA.

With AI bring incorporated in different fields and business it has made a tremendous and remarkable impact in every industry as it automates most of the process without much human intervention. The graph of AI Technologies is expected to rise in the coming months as it is widely accepted by the people around the world & everyone looks forward to growing their business with the help of AI technology. We hope you found this article informative & interesting. Do you have any more applications to share where AI Technology has made a huge impact? Share with us!