Java Alternatives: The Most Popular Java Competitors of 2023 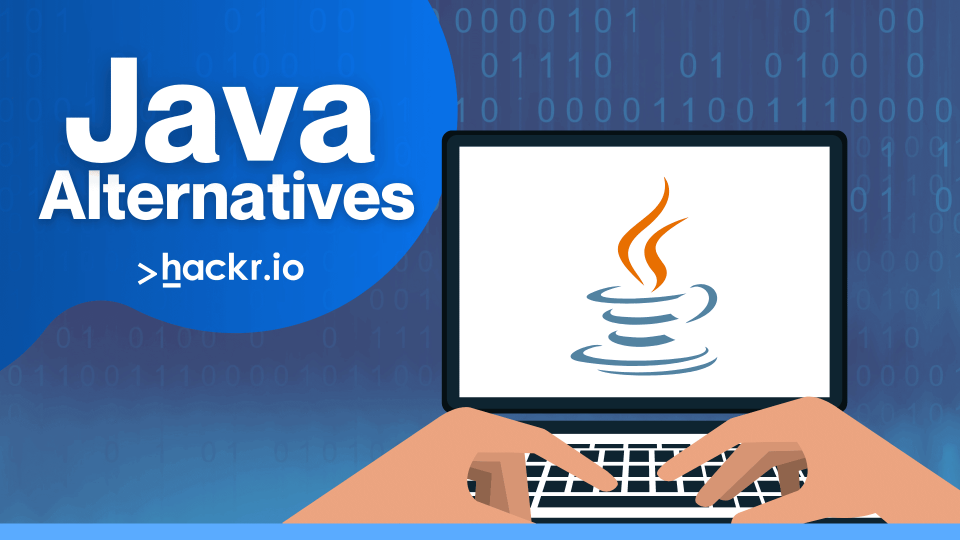 Java has been a popular programming language since 1995. Portable and powerful, Java is embedded in online and on-premise systems throughout the globe. Java powers IoT devices, SaaS solutions, and mobile applications. But it isn't the only language out there.

There are many reasons why you might want to look for a Java alternative. Java is an old-fashioned language; it's difficult to use and obscure compared to modern languages. Today, there are powerful languages that come with extensive quality-of-life features.

Let's take a look at some of the top Java alternatives.

Why Would You Want to Use a Java Competitor?

As portable and functional as Java is, it still has some drawbacks. Maybe you hit a wall and decided to look for a Java replacement. Or, you might want to learn about languages similar to Java with more longevity.

Here are some of the most common reasons to seek alternatives to Java:

When using a Java alternative, you must consider the fact that most Java replacements don't have the raw popularity of Java. That means less active communities, less frequent updates, and potentially a smaller library to work with. Still, a Java alternative may cut your development time considerably if it's easier to use.

What Are the Most Popular Alternatives to Java?

What does it mean to be an alternative to Java? The language should be object-oriented, extensible, general-purpose, and robust. It should be able to do everything Java can do, including being extremely portable. Java is a popular language because it can be deployed just about anywhere.

With that in mind, here are some of the most popular languages similar to Java:

Not all of these languages can do everything that Java can do. But if you’re looking for a replacement for a specific project, you’ll find one on this list.

Java is an older language. There are many alternatives, but most of them are tilted toward one application or another — whether it’s mobile apps, web design, or systems.

Kotlin is a statically typed language used for server-side, client-side, and Android development. Kotlin is 100% interoperable with Java, meaning that any Java code can run in a Kotlin project without modification.

Kotlin was designed to improve on the shortcomings of Java. It's more concise, readable, and expressive. Kotlin also has features that Java lacks, such as null-safety, extension functions, and data classes.

Kotlin is gaining popularity quickly. Recently, Google announced that Kotlin would be the preferred language for Android development. Many developers choose to learn Kotlin in addition to Java so that they can prepare for the future.

Advantages of Kotlin over Java

Disadvantages of Kotlin over Java

TypeScript is a language that builds on JavaScript rather than Java. But it’s relevant today because JavaScript is a popular replacement for Java when web applications and SaaS solutions (increasingly prevalent) are involved. TypeScript adds static type checking to JavaScript, making it easier to catch errors early in the development process. TypeScript is also more readable and maintainable than vanilla JavaScript.

TypeScript is popular for web development, especially with the Angular framework. It's also used for developing Node.js applications. For web applications, JavaScript and TypeScript are generally preferred over Java.

Advantages of TypeScript over Java

Disadvantages of TypeScript over Java

Python is a widely used programming language known for its ease of use. It's frequently used in scientific computing, data analysis, artificial intelligence, and educational settings. These days, it’s the first language many learn, making it extraordinarily popular and marketable.

Python is a fantastic language for beginners. It's also popular for scripting and automation. Python is used in many large projects, such as Django, Reddit, and Instagram.

Advantages of Python over Java

Disadvantages of Python over Java JavaScript is used on nearly every web page on the internet. It's also used to build popular frameworks and libraries, such as React and Angular. Few languages are as ubiquitous as JavaScript.

Advantages of JavaScript over Java

Disadvantages of JavaScript over Java

Swift is a language created by Apple, used for developing iOS, macOS, watchOS, and tvOS applications. Swift is a modern language with a clean syntax. It's easy to read and write, and it's safe by design.

Swift is gaining popularity for server-side development as well. The Kitura web framework makes it easy to build Web APIs and web applications in Swift.

Advantages of Swift over Java

Disadvantages of Swift over Java

Dart is a language created by Google, used for client-side and server-side development. Dart is used by the Flutter mobile app framework to build cross-platform applications.

Dart is a great language for building web applications. It has all of the features that JavaScript has, plus additional features such as ahead-of-time compilation and type inference.

Advantages of Dart over Java

Disadvantages of Dart over Java C++ is a powerful but old language used for low-level systems programming or high-level application development. It’s known for being fast, efficient, and portable.

C++ is used in many large projects, such as Google Chrome, Microsoft Office, and Adobe Photoshop. Often, programmers will either adhere to Java or C++. Keep in mind that each C class languages (C, C++, and C#) are different.

Advantages of C++ over Java

Disadvantages of C++ over Java: Advantages of Rust over Java

Disadvantages of Rust over Java

Elixir is a language created by the team behind the popular Rails web framework. It's used for building scalable and fault-tolerant applications. Elixir is known for being concurrent, efficient, and easy to learn.

Thanks to its rapid framework, Elixir is becoming more popular for web development. It's also used for developing embedded systems and creating chatbots.

Advantages of Elixir over Java

Disadvantages of Elixir over Java:

Go is a language created by Google. It’s sometimes referred to as Golang. It's used for building efficient and scalable software. Go is known for its speed, simplicity, and safety.

Go is becoming more popular for web development, thanks to its excellent standard library and frameworks such as Echo and Gin.

Advantages of Go over Java

Disadvantages of Go over Java

When Shouldn't You Use a Java Alternative?

If you're already familiar with Java and comfortable with its syntax, there's no reason to switch to a different language. If you're happy with the Java ecosystem, there's no need to look for alternatives.

Java is an old language, but it will remain relevant for some time. Java can do pretty much anything a new language can do — but some things are more difficult to do in Java than in other languages.

Moreover, so many systems have been built in Java that require Java developers to manage. Meaning? Java developers will maintain marketability in the job market for many years. And because Java is inherently more difficult to learn than many modern languages, the skills will remain sought after.

Don’t change languages because you think Java is “on the way out.” There’s a reason why COBOL programmers still command high salaries.

Conclusion: Which Language Should You Learn?

The language you should learn depends on your goals as a programmer.

Every programmer and every project has an ideal language. For a long time, Java was the best all-around language for many applications — but there are now powerful Java alternatives that provide easier development and deployment.

What Can I Use Instead of Java?

Many languages can ultimately provide the same results as Java. Some popular options include Kotlin, Python, C++, and Go. Which language is best depends on the type of project you're pursuing.

No. You can use one of many Java replacements or languages similar to Java to perform the same functions as Java. While Java is popular, programmers today may want to learn a language with more longevity. Python, for instance, is growing in popularity much faster than Java.

Is Kotlin Better Than Java?

A popular alternative to Java, Kotlin is a great language for those who are already experts in Java. Kotlin is known for being concise, safe, and easy to learn.

Is Java a Dying Language?

No. While Java is not as popular as it once was, it's still a widely used language with a large community of developers. Java will likely remain relevant for many years to come, especially with the many legacy systems that will need to be supported.

A computer science engineer with great ability and understanding about programming languages. have been in the writing world since the last three years and creating valuable content for all in all possible fields. View all posts by the Author