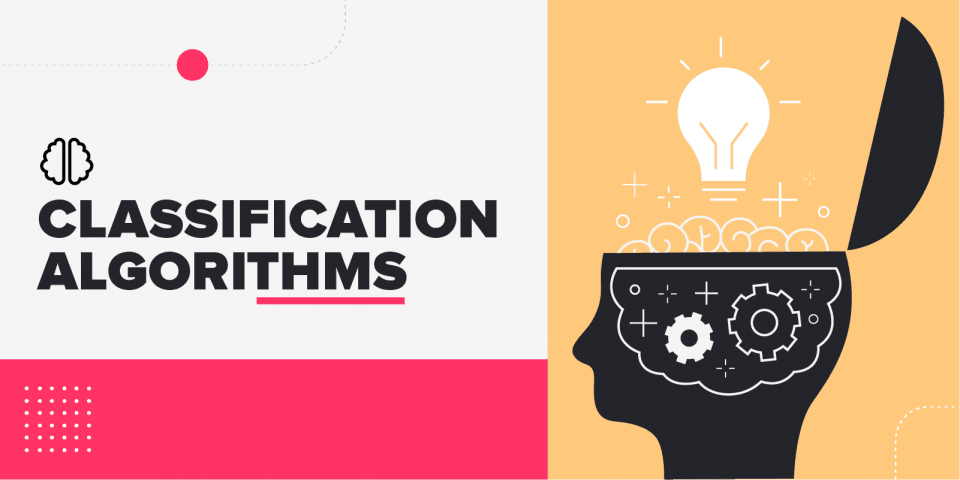 What is the Classification Algorithm?

Our task in the analysis part starts from the step to know the targeted class. So this whole process is said to be classification. An algorithm is a procedure or formula for solving the problems of mathematics and computer science, which is based on doing the steps in the sequence of specified actions. We can view the computer program as a detailed algorithm. We use an algorithm in almost all information technology. For example- taking into consideration the search engine algorithm, it takes search strings of keyboards. It operates as input, which is associated with the concerned web pages and gives us results, respectively. An encryption algorithm like that of the US Department of defence’s data encryption standard (des) uses the secret key algorithm to protect the data from getting it hacked or getting viral because leakage of the country's information can put them into danger. As long as the algorithm is sufficiently cited, no one lacking the key can decrypt the secured data.

Some of the Examples of the Target Class

To an analysis of the buyer data to predict whether he would be buying the computer accessories (target class: yes or no)

Now, we are going to understand the concept of the classification algorithm with differentiating them according to the gender-based on their hair length (by no means am I trying to boilerplate by gender, this is only for example sake). We should have the proper hair length value. Let us suppose the discern boundary hair length value is 25.0 cm; then, we say that is hair length is more than that, then gender could be male or female.

The dataset contains salaries. The following is descriptive of our dataset:

This data was taken from the census bureau database.

Two classes of salaries are taken into account. The first one is greater than 50k and the second one is equal to and less than 50k. If we take 7 attributes or columns and rows up to 48,842, considering data from the census bureau database, then we can easily distribute the names of the people with 7 attributes under the two group salaries considered in the initial phase. Hence several calculations and labour work can be avoided using this method.

Classification algorithms could be broadly classified as the following:

Explanation of Some of the Important Types of Classification Algorithm

Logistic regression is a classification and not a regression algorithm.

There are many steps which can help us to improve the model:

It takes into assumption the independence between predictors or what's known as Bayes theorem.

It helps us to calculate posterior probability p(c/x) from p(c), p(x) and p(x0/c)

Now we will classify it on the bases of the weather that the players will be playing or not.

A Golf player will play if the weather is sunny. Is this statement correct?

We will be solving the equation by

This has a higher probability.

It helps in coordinating groups with different features. For example, if we only had two features like the height and hair length of an individual, firstly, we had to plot these two-dimensional spaces where each point has two coordinates, which are known as support vectors.

Good in high dimensional spaces and uses a subset of training points in the decision function, so it is also memory efficient.

It gives out complex outcomes that may be difficult to understand and analyze.

It would take into consideration any of the groups as per the directions of the users even if they are not relevant.

Stochastic gradient descent is used when the sample size is large.

Classification Algorithms help ineffective analysis of the buyer data to predict whether he would be buying the computer accessories. It also helps in grouping items and differentiating the inputs from one another, which saves a huge lot of time and effort. As a result, analysis becomes easier, and the process of classification supports speed up the decision-making process, which is vital for maintaining the sustenance and growth of business in the highly competitive world.