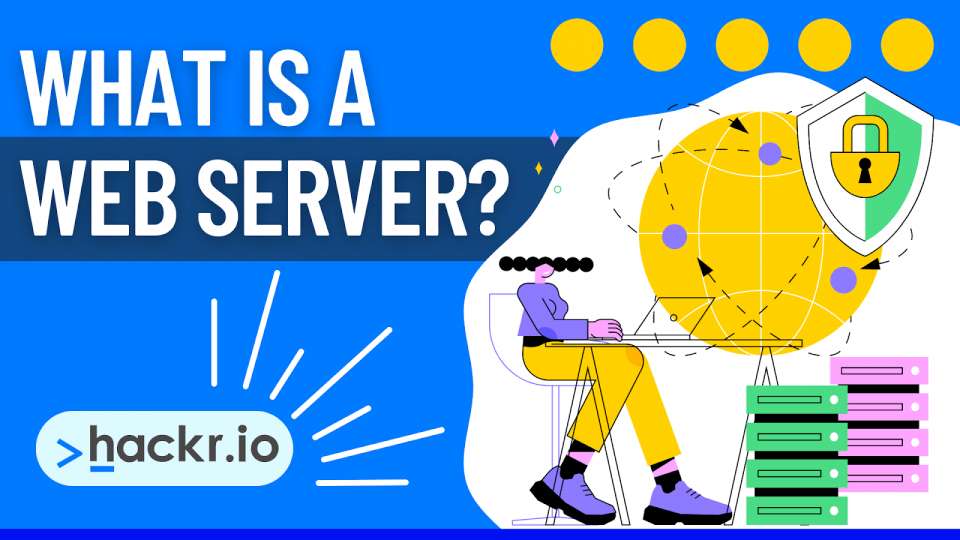 A web server is a computer system that stores and serves files for a website. Every website you've ever visited is hosted on a web server. When you type in a web address like www.example.com, your computer contacts the example.com server and requests the webpage stored there. The server then sends the requested web page to your computer, and your browser displays it.

What Does a Web Server Do? How Do Web Servers Work? What is the internet server associated with that address?

It then redirects the requests to that server.

In the old days, a server was often a single computer. Now, servers are dense networks of computers hosted in server farms.

Why Would You Need a Web Server?

You need web servers to create websites, like Google or Amazon.

Things get confusing when you remember web servers can either be hardware or software. For instance, the Apache Web Server is a software solution installed on a hardware computer to make the computer into a server.

Dedicated servers are expensive but robust. Shared web servers are more affordable but generally have fewer resources available. They may be slower and unable to manage higher-capacity websites.

Nearly all of today’s web servers are dynamic.

Static web servers are most frequently found as CDNs — content delivery networks that facilitate the faster recovery of certain forms of static content.

In the old days, people could host a web server from their house or apartment. Today, people expect web services to be online all the time. Consequently, most people outsource their web services to a web host.

A web host is a company that owns or leases web servers and makes them available to customers. When you buy hosting for your website, you're simply renting space on a web server from a web host.

Some web hosts offer additional services like email hosting, domain name registration, and site builder tools. These services are usually optional; you don't need to buy them from your web host to have a functioning website. However, they can be convenient, and some website owners prefer to purchase all services from a single provider.

In recent years, a new type of server has become popular: the cloud server. Cloud servers are hosted on a "cloud computing" platform. These platforms allow customers to rent access to various resources, including web servers.

But cloud servers can be more expensive than traditional web servers because you pay based on the resources you use.

Now you know the basics of web servers, let’s look at some of the most popular web server software on the market.

While web server software is important, the hardware you use is also critical. A powerful processor and plenty of RAM are essential for a high-traffic website.

Security is always a top concern for web servers. Here are a few best practices to keep in mind:

Luckily, most web hosting companies also provide security services. Not only could your site be taken down and your files deleted, but users who visit your site could have their own computers compromised.

Signing up for a web server is the first step toward creating your own web applications. While you can use a dev kit to create websites on your computer, no one will be able to visit it until you have a web server setup.

Want to learn more about web servers? Sign up for a web hosting account to build your own site or Learn How to Create a Python Web Server.

1. What is a Web Server (Simple Definition)?

A web server is any computer or software that stores websites and serves them to users on the internet. “Web server” can refer to the physical computer or the software on the computer that enables the service.

3. What is an Example of a Web Server?

Google is not a web server, but Google runs on a server. The server for website properties such as Google needs to be extraordinarily robust, as Google serves many copies of its website daily.

5. What is the difference between a Server and a Web Server?

A server is any computer that stores data and serves it to users. A web server stores websites and serves them to users on the internet.

6. How Does a Web Server Work?