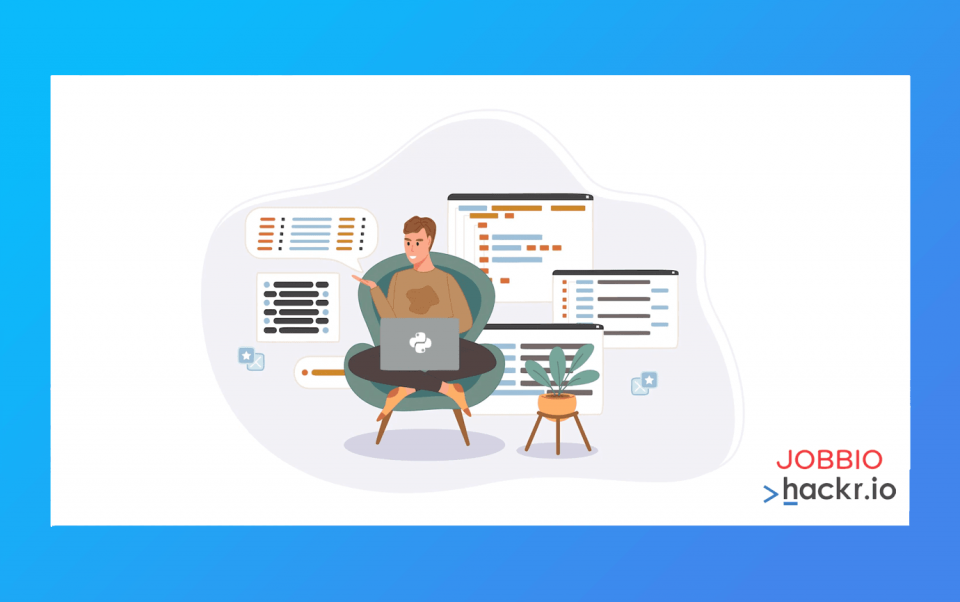 If you're thinking about learning a programming language tyou'll be please to know there are countless companies hiring python developers. The U.S. has more than 4.4 million software developers, and software developer employment is projected to grow 21% by 2028, or 5% faster than the average projected rate of growth for all occupations.

But what language should you learn? There are a lot of them, and plenty of those are in high demand too, such as Java, JavaScript, and C++. But it is Python that Github currently rates as the number one programming language.

Created by Guido Van Rossum in 1991, it has been expanded upon ever since, and since its creation, Python has become one of the most widely used programming languages. With its simplified syntax, it can be easily written and executed far more quickly than other programming languages, making it easy to pick up – as well as powerful.

High-level and general-purpose, Python can be used for any type of application: it is commonly used for web development, and is popular for web frameworks like Django, Flask, and Pyramid. It's also used for web servers like Apache and nginx.

Other applications include machine learning. Python is used in several different fields such as data science and artificial intelligence as it is a programming language that can help you write scripts to automate tasks or perform calculations on large amounts of data.

Because of its sheer versatility, programmers love it – and so do tech companies. Python has also been adopted by many companies as the standard tool for automating operations they would otherwise have done manually. Below, we take a look at some of the biggest companies in the world which use Python.

Google uses Python extensively throughout its operations and has released many code libraries as free software through open-source projects like Zipline and TensorFlow. It is recognized as an official language at Google alongside with C++ and Java. Developers at the company use Python for a variety of system building, code evaluation tools, and system administration tools, and it can also be found in several Google APIs.

This Software Engineering Manager II job at Google Cloud Networking in Raleigh requires a person with the technical expertise to take on and provide technical leadership to major projects, and also manage a team of engineers. You’ll not only optimize your own code, but make sure engineers are able to optimize theirs. You’ll need five years’ of experience with software development in one or more programming languages such as Python.

Not a fit? Explore all open roles at Google.

At Facebook, Python is used for production engineering, and over a fifth of the social network’s code is written in Python. It allows for easy interaction with APIs, and plays a crucial role in the infrastructure management of services such as network switch setup and imaging, auto-remediation of server hardware faults, scheduling and automating of maintenance work, server imaging and fault detection.

If you’d like to work here, Meta is hiring for a Security Engineer, Internal Detection and Response role at Facebook in Bellevue. You’ll have a variety of experiences in the discovery, containment, and mitigation of threat actors, and will require 10 or more years of work experience in software or security engineering as well as experience with an interpreted programming language such as Python. Or, you can check out all available jobs across the entire Meta family.

Given Python’s many uses, it’s not surprising that the streaming-based Netflix would use it. The company has been open about how it uses Python for many things including information security. It’s used for risk classification, vulnerability identification, and security automation. The company also uses Python through its full content lifecycle and it relies on it when training the machine learning models it uses to create recommendation algorithms and artwork personalization.

As a result, there are plenty of opportunities for Python programmers and developers here. You can browse all open roles at Netflix here.

The company has confirmed that it uses Python in two main two places: backend services and data analysis and that it “has a habit of turning up in other random places, as most of our developers are happy programming in it”. Spotify says its backend consists of many interdependent services, connected by its own messaging protocol over ZeroMQ, and that around 80% of these services are written in Python.

While no Python-based roles are available in the U.S. right now, there are plenty in Europe for those who may be willing to relocate or work remotely. There is a Senior Security Engineer, Application Security job on offer which involves championing security with development teams through threat modeling design and code reviews. You'll also consult, evangelize, and teach theoretical and practical security to groups of varying sizes, disciplines, and experience levels. Check out all jobs at Spotify here.

In addition to the above, there are plenty more big names using Python including Instagram, Industrial Light & Magic, Dropbox, and Amazon.

Python has a large community consisting of both professionals and hobbyists who contribute their time online by writing tutorials or providing useful resources such as cheat sheets or code snippets, making this a well-resourced choice.

Because Python is used in many fields, there’s little need to feel tied down by your choice if later on you want something different or pivot into another area. Thanks to Python’s portability and extensibility, learning another language shouldn't be too difficult.

Discover hundreds of companies hiring Python programmers on the Hackr.io Job Board