What is Jenkins? How It Works, Top Features, Pros and Cons 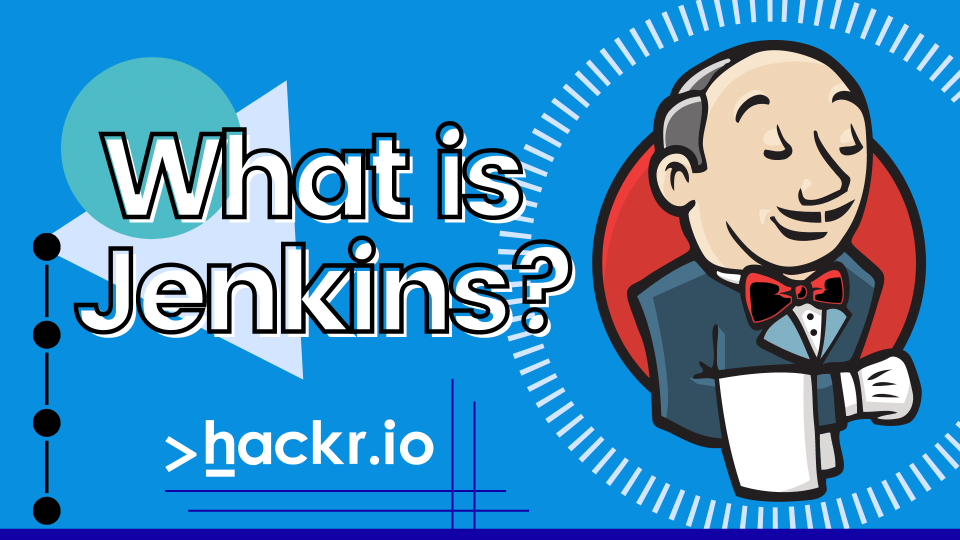 When we talk about continuous integration or continuous delivery (CI/CD) tools, one tool that tops that list: Jenkins. It is the most famous open-source CI/CD tool used to support DevOps with several other cloud-native tools.

So, what is Jenkins? It’s an open-source automation server. It is possible to escalate the software development process with Jenkins automation. Throughout the life cycle, it helps you manage software delivery processes. Various life cycle stages include building, testing, documenting, packaging, staging, deployment, and more.

This article will assist you in understanding the Jenkins tool in detail. Now, let’s define Jenkins.

What is Jenkins? Jenkins Explained

Kohsuke Kawaguchi created Jenkins in 2004. The suite’s sole objective is continuous integration. Jenkins is the most popular solution for continuous delivery across the globe.

The community originally wrote Jenkins as a build and release tool. It is a server-based application and requires a web server like Apache Tomcat. Jenkins allows users to build and test projects continuously, making it easier for developers to integrate changes to the project, and for users to obtain a fresh build. What is Continuous Integration?

Continuous integration is a procedure to integrate all the code changes done by several developers in one project. A code is repeatedly tested after a commit to guarantee the code is error and bug-free. Development teams have several members, so multiple commits might have bugs. With CI, it is easier to detect these bugs early before pushing the changes in production. Integrating every piece of code into one executable form takes place, known as a build. If this build is green, the executed code is ready for deployment. Otherwise, the team has to settle the bug and repeat the entire process from scratch.

Furthermore, the backbone of this tool is the Jenkins community. This incredible community supports the project and plays a significant role in its success. Jenkins has grown exponentially since its development. At present, there are millions of downloads and active users of Jenkins.

But the real question is, how does Jenkins achieve continuous integration? It uses plugins to integrate several Jenkins DevOps stages. If you wish to integrate, all you need is to install the plugins, and you are good to go!

What is Jenkins Used For?

As a continuous integration tool, Jenkins helps development teams identify errors in the early stages of a project, and automate the integration process of new code. CI/CD is a significant part of the DevOps process and plays an important role in everything from startups to the largest tech companies like Netflix.

The actual involvement of Jenkins in the development process is as follows:

Its several large plugins are also useful, as they offer a lot of customizability. As a whole, it’s quite flexible and can work in different environments. Jenkins also allows you to schedule tests based on particular events, and you can set the frequency of these tests. You don’t have to run the test manually.

So, Jenkins is a CI/CD tool. But there are many of those out there. Why would you use Jenkins over any other CI/CD solution?

It turns out that Jenkins has a wide array of benefits. It has a thriving, active community, it’s easy to deploy, and supports most environments. It’s a free, open-source solution, and you can customize your Jenkins distribution to your needs.

Jenkins has remained one of the most popular build/test solutions for Agile development, CI/CD, and DevOps with Jenkins because it is ubiquitous. Its thriving community provides phenomenal support, and its code base is incredibly stable.

But this is only one use of Jenkins. Jenkins, as an all-around orchestration tool, has many advantages when used for automation.

Jenkins has some features that really sell it as a CI/CD tool. These are some of them:

The availability of thousands of plugins allows for a large degree of customizability. The developers have the opportunity to integrate these plugins with development and testing tools, and tailor the architecture to serve a lot of possibilities.

Easy to Set Up

Jenkins has executable packages that are quick to install on Windows, Mac and Unix operating systems. It’s just a self-contained Java program that you can set up in ten minutes.

Jenkins supports most environments, including cloud-based architecture. This makes it handy as teams begin to use different environments. It also supports all major cloud platforms, including Amazon, Azure, Google, and IBM Cloud.

Jenkins is open-source and free to use. It has an enthusiastic developer community that frequently holds in-person and online meetings.

After understanding the basics, let’s analyze Jenkins’ workings in detail.

If the build does not pass in between tests, the developer is instantly notified to take suitable action. Now, Jenkins is ready to deploy the build to an environment that allows any User Acceptance Testing (UAT) before the release into the production pipeline. Image: Jenkins Code Base Management.png, Alt-Text: A screenshot of Jenkins’ code base management.

The above-performed UAT tests are automated for continuous delivery with a tool known as Selenium. The code is appended to the master branch to create a golden build if the test is passed. It is then directly deployed into the production pipeline.

After testing, Jenkins notifies the developers of the test results and build.

In Jenkins, you can easily figure out which commit caused the build’s failure. However, if all the unit tests pass, the build pipeline will move forward to the next stage.

Jenkins runs parallel builds across several machines to decrease the total time consumed to complete the other activities.

Moreover, several multinational companies like Google and Amazon have achieved the continuous delivery milestone. It helps them deploy to production several times a day.

What is the Jenkins Pipeline?

The Jenkins Pipeline is the interconnection of several sequential tasks and events. It is a pool of plugins that helps the continuous delivery pipelines with easy integration and implementation. The primary feature of a Jenkins pipeline is that every task or job is dependent on another task or job. However, there are different states in the case of continuous delivery pipelines: build, test, deploy, release, etc. These states are interconnected.

A CD pipeline is a sequence of events in which these states work. Every change made to the software has to pass via multiple complex processes before the release.

How to Implement the Pipelines

JenkinsFile is used to define the Jenkins pipeline. It is a text file used to implement pipelines in code. This process is explained using DSL.

Some Jenkins advantages include: The single Jenkins server has some impediments:

Therefore, Jenkins came up with a distributed master-slave architecture:

Jenkins Master is the primary Jenkins server. It handles and directly executes a plethora of tasks, such as:

Here are some key characteristics of the Jenkins slave:

What is Jenkins Docker?

Docker is a containerization platform allowing you to create, deploy, and run applications in containers.

A container is a self-contained unit that packages an application and all its dependencies so that the application can run quickly and reliably from one environment to another.

Docker containers are lightweight and portable, making them ideal for deploying sandbox environments for testing. Jenkins Docker is a plugin that allows Jenkins to interact with Docker. With this plugin, you can use Docker to run Jenkins agents and builds — incredibly useful for robotics testing automation.

Moreover, in collaboration with Docker, Jenkins escalates the progress of the development team working on different projects. It also provides the software infrastructure with Agile development throughout the journey.

Conclusion: What is Jenkins All About?

With Jenkins, software companies can escalate the software development process, automating, building, and testing processes at a rapid rate. Jenkins also allows you to track repeated tasks throughout a project’s development.

Bottom line? If you want to escalate your organization’s software development progress, Jenkins is the best pick for you!

Want to learn more about Jenkins?

And if you really want to impress with your Jenkins knowledge?

You can use Jenkins for builds and automating other development, testing, and deployment tasks.

No, Jenkins does not require coding. It is a configuration tool that allows you to define your build process with a series of plugins. You can use these plugins to automate tasks, like compiling code, running tests, and deploying applications. You can also use Jenkins to orchestrate complex workflows with multiple steps and different tools.

3. Is Jenkins a Testing Tool?

Jenkins is not technically a testing tool; however, it’s used to automate testing. Jenkins t can automate testing tasks, such as running tests and generating test reports, but these tests are incorporated manually.

4. Why is Jenkins Used in Selenium?

Jenkins runs automated Selenium tests as part of a Continuous Integration (CI) or Continuous Delivery (CD) pipeline. This allows developers to get feedback on their code changes quickly and helps ensure that quality issues are caught early.

Davinder Passed his post-graduation with merit, he was the first one to submit his project on time, He is highly skilled in typing and research work. He is having more than 16 years of working experience as a freelance technical writer on creating keyword-rich content for clients in various technology. View all posts by the Author