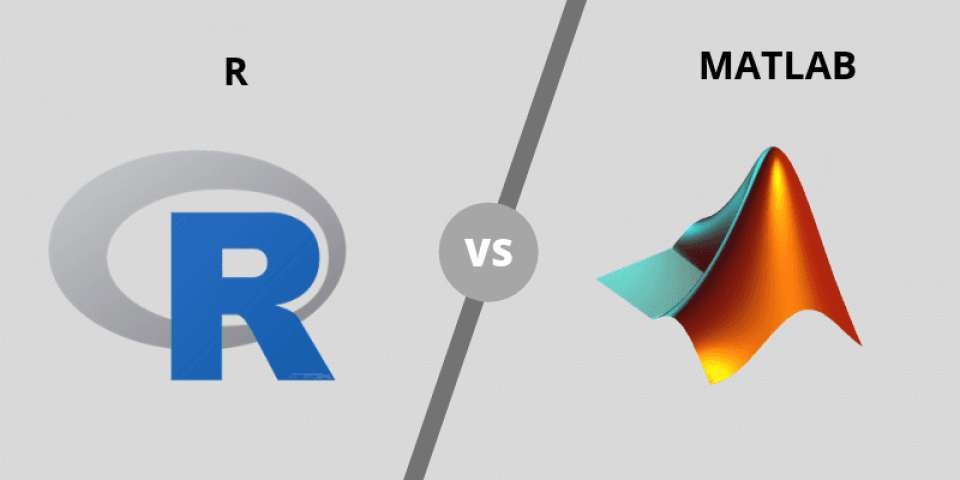 Do you know how much data is created in the world every day? Research by Forbes indicates that there are 2.5 quintillion bytes of data created each day. Over the last two years alone, 90 percent of the data in the world is user-generated and most of it is floating on the internet or on the cloud. To process and derive actionable insights from such humongous volumes of data to help in business decision making, it is imperative to use scientific methods, complex algorithms, and data analytics. The two important and powerful data modeling tools used by data scientists and statisticians are R and MATLAB. These two tools can process both structured and unstructured data.

Brief introduction and definition of R and MATLAB

R is a popular and powerful open source programming language for statistical computing and graphics. R implements various statistical techniques like linear and non-linear modelling, machine learning algorithms, time series analysis, and classical statistical tests and so on. R consists of a language and a run-time environment with graphics, a debugger, access to certain system functions, and the ability to run programs stored in script files.

MATLAB is a programming language dedicated to mathematical and technical computing and it is designed for engineers and scientists. The desktop environment has a natural way of expressing computational mathematics such as linear algebra, data analytics, signal and image processing. MATLAB features an application specific solution called ‘Toolboxes’. Toolboxes provide a set of MATLAB functions which are called as M-files that solves a specific set of problems. There are various areas where Toolboxes are available such as digital signal processing, control systems, neural network, simulations, Deep Learning, and many other areas.

Now, let us delve into a few similarities and differences between the two powerful programming languages used by data scientists.

If you read about R and MATLAB in brief, you might conclude that they are fairly similar as both offer access to math functions, statistics, they are programming languages used by the same community of users. However, comparisons of a few important factors might lead you to a different conclusion.

R is known for its steep learning curve. R was developed by statisticians hence its full capability is accessed through programming. There was no GUI to help non-programmers do the analysis. The working examples of R are complex and not for beginners. However, R-Commander and R-Studio the new GUI versions for R have benefitted the developer community.

MATLAB, on the other hand, is a language that is easy to learn and remember because the syntax is simple and consistent by design across products, and hence MATLAB beats R.

R is an open source product hence it is Free. MATLAB, on the other hand, has a license cost attached, depending on the type of usage the license cost varies. MATLAB a product of Mathworks is a proprietary programming language.

When it comes to technical computing tasks, statistics and machine learning MATLAB is faster than R. However a proficient developer in R can achieve results faster and improve the performance.

Since R is an open source language, it has a large community of developers for support and documentation. However, for MATLAB documentation, MathWorks’ work is incomparable and exceptional. The documentation is fully searchable online and within the MATLAB desktop, and includes hundreds of code examples. MATLAB being proprietary has over 200 dedicated technical support experts worldwide to troubleshoot problems and also a vibrant community.

Both R and MATLAB are profound in machine learning. R has extensive library sets, and MATLAB has a Statistics and Machine Learning Toolbox which includes a classification application to guide you to interactively explore data, select features, specify validation schemes, train models, and assess results. The choice depends on what you would like to achieve in machine learning. If your task involves image processing then MATLAB is the right choice. However, if you want to use statistical methods for complex algorithms then R would be the right choice.

R and MATLAB are equally powerful to visualize data and display outputs. R has four interesting and different graphics implementations - Base graphics, Grid graphics, Lattice graphics, and Ggplot2. Base graphics is the default graphics system in R and it is the easiest of the four systems to learn to use.

MATLAB too supports developing applications with graphical user interface (GUI) features. The Graphics functions in MATLAB include 2D and 3D plotting functions to customize plots either interactively or programmatically. Simulink, an additional package in MATLAB, is a graphical programming environment for modeling, simulating and analyzing multi-domain dynamical systems. The primary interface of Simulink is a graphical block diagramming tool and a customizable set of block libraries.

R works on all three consumer operating systems (OS) (Linux, Mac, and Windows) as well as the server-orientated Solaris OS. R is predominantly platform-independent, which implies that it should behave in the same way on each of these platforms. This is partly facilitated by CRAN tests which ensure that R packages work on all OSs mentioned above.

MATLAB also works on Linux, Mac, and Windows. An interesting fact is that MATLAB licenses use a computer's MAC address to identify the licensed computer. Since the MAC address is a hardware value, it is persistent across operating systems installed on the same machine. Therefore, if you install MATLAB on different operating systems installed on the same physical machine it is counted as the same activation.

Interfaces with other languages:

MATLAB provides a flexible, two-way integration with other programming languages which means:

So which is better - R or MATLAB?

R is very popular among Education, Healthcare and Government organizations. MATLAB is widely used in academic and research institutions as well as industrial enterprises. It is widely used in the aviation and aerospace industry.

As we have seen, both are powerful in their own areas, R is a good place to start - as a statistical programming language, it has a wide array of default statistical methods that are easily accessible. R-Studio, the de facto integrated development environment (IDE) for R users, provides a great way for users to read the documentation and write code concurrently too.

MATLAB is used for intensive mathematical computations and MATLAB is easier to learn and program than any other mathematical software. Hence, your choice of R or MATLAB depends on your experience in programming, knowledge on Statistics and Mathematics and most importantly the application and functional requirements.