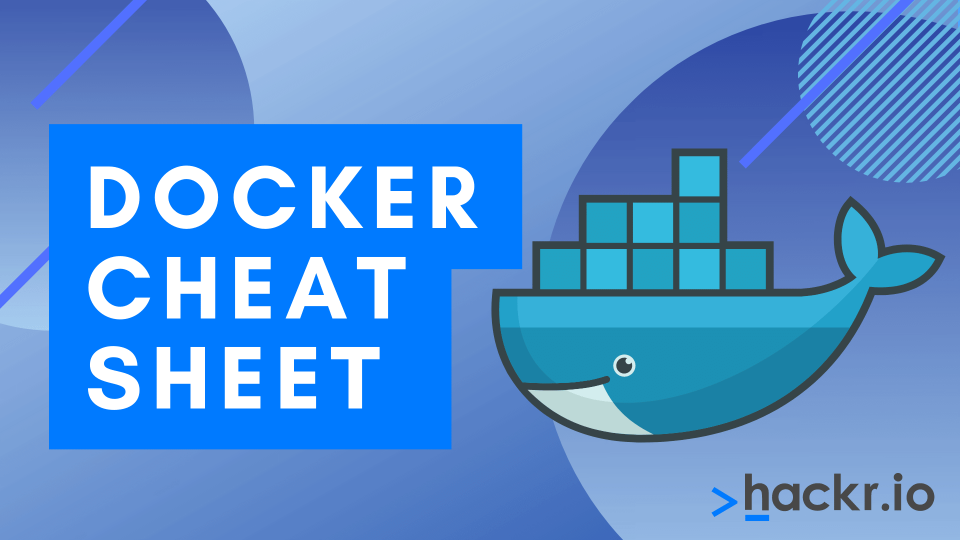 A container is a software unit that combines an application’s source code and operating system libraries and dependencies so that the application can work in any environment.

Today, most companies use Docker to manage and deliver distributed applications having complex requirements. So, the demand for Docker experts is also increasing at an alarming rate.

So, if you want to set your foot in this field, you must prepare with all the technical stuff for cracking your interview. We have created this Docker commands cheat sheet to make your life easier. You can refer to this Docker cheat sheet to brush up on your knowledge.

Earlier, it was pretty challenging for developers to create complex applications with several dependencies and manage their runtime as per the underlying infrastructure. But with Docker, developers can simply break down the complex applications into smaller parts and put them into the container along with all the dependency files required to run that container, independent of the underlying infrastructure.

Developers can quickly run the Docker container on any OS-compatible host (Linux or Windows) with the Docker runtime installed.

Here are some remarkable features of Docker:

Believe it or not, it has benefitted several companies to speed up their SDLC process and improve performance by removing the dependency on the underlying infrastructure.

The following are some major prerequisites of different operating systems to install docker:

The 3.10.x kernel is the minimum requirement for Docker.

Hyper-V must be enabled in BIOS.

VT-D must also be enabled if available (Intel Processors).

To install docker on your system, you can execute simple commands from your system’s command-line terminal, as shown below. If your specific OS steps are not mentioned below, you can explore them online.

Running the following command is the easiest way to install Docker on Linux OS quickly.

After installing the Docker Community Edition, click the docker icon in Launchpad to start up a container.

You can install Docker for Windows 10. After installing, run the Docker installer by double-clicking it. After completing the installation process, go to the whale icon in the notification indicating Docker is running, and you can access it via terminal.Windows 10

You can run the following command from the terminal line to check the installed Docker version.

To view the installed package provider and the Docker package, type the below command:

To install the latest version of Docker, use the following command

To check the installed Docker version, run the following command:

Docker has its central registry with thousands of repositories. But before you use the images from this registry, make sure you verify them to avoid security issues.

You can refer to images as the templates for the Docker containers. You can run the following commands to work with the images:

Containers are the isolated Docker process that contains the code to be executed.

Usually, a container will start and stop immediately if you run it without any option.

It is a config file that will set up a Docker container whenever you run a docker build on it. To create docker files, you can use any of the following text editors and their syntax highlighting modules.

The following are some instructions that you can use while working with Dockerfile:

Docker has a featured network, allowing the containers to connect. You can create three network interfaces with Docker, namely bridge, host, and none.

By default, the new container is launched into the bridge network. To establish communication among several containers, you need a new network for launching containers in it. It lets the containers communicate while being isolated from other containers not connected to the network.

Orchestration manages the container’s life cycle, especially in dynamic environments. You can use it for controlling and automating several tasks for containers.

You can use the following commands to interact with the container.

You can use the following commands to build the images from a Docker file.

Let’s now take a sneak peek at the commands used to view the running services, run the services, view all service logs, and scale the services.

Compose is a tool that helps you to define and run multi-container Docker applications. With Compose, you get to work with a YAML file to configure your application services. With the help of the following commands, you can simply create and start all the services from your configuration.

Docker is a software offering platform-as-a-service services for creating and deploying applications by encapsulating the software within containers.

Containers are lightweight, portable entities that can be easily shared without depending on the underlying infrastructure or worrying about their compatibility with several systems. Due to its features, many companies are now adopting docker containers for creating complex applications.

Docker comes with a wide range of terminology related to its services, such as Dockerfiles, images, containers, and other Docker-specific words. Everything can be handled using Docker commands. In this Docker Cheat Sheet PDF, you will get a list of all the Docker commands you can refer to anytime.

You can use ENV for providing the default values for your future environment variables within the container. You cannot change the ENV variables via the command line, but you can use the ARG variables if you want.

In the following example of the Dockerfile, we have created two variables, one as ARG and one as ENV.

There are several online and offline resources that you can consider for learning Docker commands. For that, you need to have strong knowledge of the command line. Also, you can go through this Docker commands cheat sheet and brush up on your skills for a quick reference.

This command creates a new Docker container from the official alpine image.

It will run the sh shell in the specified container, giving you a basic shell prompt. To exit the container, run the following command.

We have used the .env as the filename to manage information outside of version control.