What is a Markup Language? Definition, History, Features and Applications 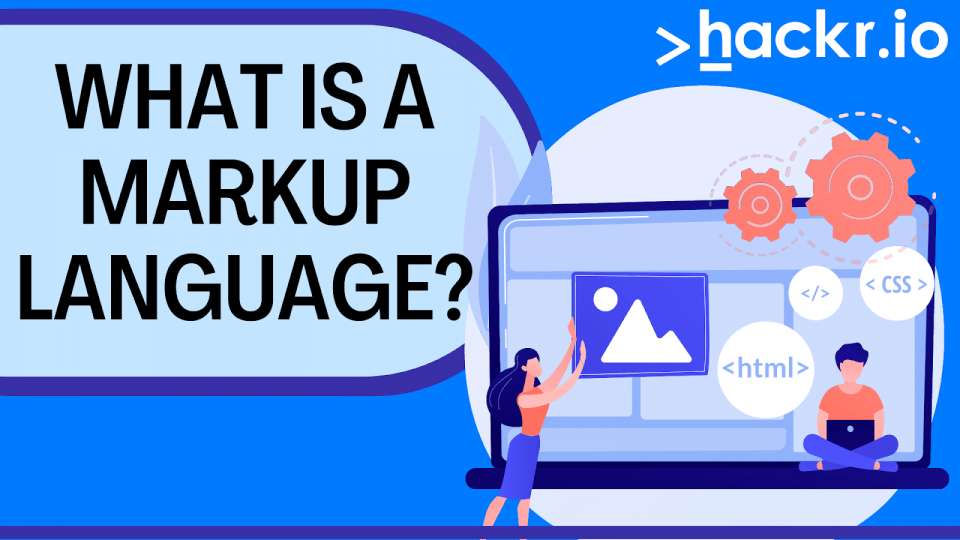 You’ve already heard of “programming languages” — JavaScript, C++, and Python, to name a few. But what is a markup language? Who uses them and why do we need them?

You might be surprised to discover just how ubiquitous markup languages are. The most commonly known developer language globally is a markup language: HTML.

What is Markup Language? [Definition]

A markup language is a tag-based system that produces formatted, annotated, and human-readable results.

In HTML, one might write "<b>HTML</b>." This would appear as HTML. The opening and closing tags indicate where the bolding begins and ends.

A markup language is not a programming language. It is static, not dynamic. It does not use logic. It simply indicates the style, structure, and formatting of a document. Markup languages have existed since 1967. The first widely used markup language was SGML, a variant on GML that some systems still use today. Developers at IBM used SGML to create large, complex documents that could be easily read and distributed.

In 1993, the most popular markup language (HTML) appeared. Developers and designers quickly adopted it throughout the World Wide Web.

XML is a more recent markup language but is still very popular. Developed in 1996, XML is simple to read and easy to understand. Frequently, developers use XML to transport (export and import) data between different systems.

Other than this, markup languages can differ significantly depending on what the developers designed them to do.

And, of course, HTML is used to format documents for the web. A designer can create an entire website in HTML without any logical programming.

Markup languages are easy to learn and use. Even someone with no programming experience can create a basic web page using HTML.

Markup languages also aren't as strict as programming languages; if something goes wrong in HTML, you won't receive a compiler error. For that reason, experts often advise programming novices to start by learning a markup language.

Markup languages are, by nature, limiting. They are not as versatile as programming languages and cannot be used to create dynamic or interactive applications.

Most serious web development requires programming languages such as PHP, Javascript, or Python.

The Most Popular Markup Languages

HTML, or HyperText Markup Language, is the most widely used markup language today. Through HTML, developers can create web pages, websites, and similar digital documents. The best part? HTML code is easy to read and understand.

HTML evolved from simpler markup languages like SGML and GML. Initially, HTML consisted of a small set of tags to annotate texts. But as of the last iteration of HTML, HTML5, the language has become a lot more complex. HTML is a standard across all web browsers today, and developers can achieve intricate design and formatting using HTML alone.

XML, or Extensible Markup Language, is a markup language designed for storing and transporting data. It is similar to HTML in how it uses tags to annotate texts. However, XML tags are not predefined like HTML tags are. You can create tags to describe the data you are defining.

XML is often used to exchange data between different systems. It is also sometimes used as a database format. Today's most common use of XML is to create sitemaps — hierarchical guides to a website.

SGML, or Standard Generalized Markup Language, was the markup language that preceded XML and HTML. Developers at IBM created GML to design large, complex documents that could be easily read and distributed. Eventually, GML evolved into SGML and was supplanted by both XML and HTML.

Today, SGML is not as widely used as it once was. However, it is still used in some industries like aerospace and engineering.

One of the oldest markup languages, TeX is a typesetting language for high-quality documents and manuscripts. TeX is especially popular in academia, where complex mathematical formulas are required to be clear and easy to read.

You can use TeX to create both digital and print documents. It is also sometimes used to create logos or other graphics. LaTeX is a typesetting language and software platform based on TeX, popular in the academic community.

What is a Markup Language Used For?

So, we know that a markup language creates attractive, readable, and well-formatted documents and data.

But what are markup languages’ real-world applications?

Markup languages have a wide range of applications. They are used by web developers to create websites, academics to format documents, and engineers to store data in an accessible format.

In fact, markup languages are a great choice for anyone who needs to create formatted documents or structured data.

Most web developers will learn markup languages before other programming languages. Both HTML and XML are frequently used to introduce developers to programming. From HTML, developers generally move on to CSS and JavaScript.

Markup languages are also extraordinarily important for the education system. For example, those developing digital learning programs and informational archives will frequently work with markup languages.

Reasons to Learn a Markup Language

In short, a markup language could help whenever you're working with data or formatting.

Where Can You Learn a Markup Language?

Now, where can you learn a markup language?

There are many tutorials, projects, and bootcamps available online for those who want to learn more.

So, what is a markup language? The building blocks for any website, of course! Here’s the basic markup language meaning: a method of formatting text using human and machine-readable tags.

Want to learn more about HTML and other markup languages? There’s no time like today. The best place to start?

1. What is Markup Language Examples?

The three most common markup languages are HTML, XML, and LaTeX. But while these may be the most popular, there are hundreds (if not thousands) of active markup languages. Many software companies use proprietary markup languages, whether for internal documents or data storage and processing.

2. Is HTML the Only Markup Language?

HTML is the most successful and popular markup language, but not the only one. While other markup languages have niche applications (such as academia), HTML is essential for building websites.

3. Why is HTML Called Markup Language?

The term "markup language" refers to the "marking up" of a draft copy that an editor might do. An editor might make certain text bold, italic, underlined, or headlined in a newspaper or magazine. HTML does the same.

4. What is Not a Markup Language?

CSS is commonly referred to as a markup language, but it isn't one. Although CSS is static and does help developers manage their formatting, it isn't a traditional markup language because it isn't written in an encapsulated tag format (such as <b>this</b>). Instead, definitions and styles are defined separately from the data.

5. What is the Difference between Markup Language and Programming Language?

6. What Program Do I Need to Write Markup Language?

How to Create a Website Using HTML
Read More