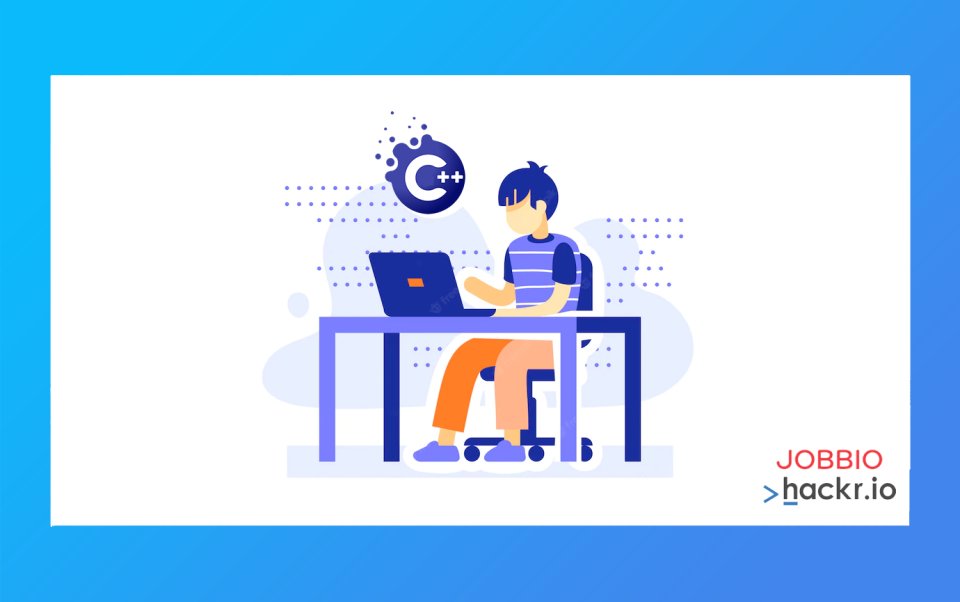 Originally created in 1983 at Bell Labs by Bjarne Stroustrup, C++ (originally named C with classes) remains an enduringly popular programming language. Nowadays, C++ developers are in the top 1% of the software engineering field.

A general-purpose programming language, C++ is a statically typed, free-form, multi-paradigm, compiled, and object-oriented programming language. Its syntax allows it to be implemented with many different features including data types (integer, floating point), control structures (if/else), statements (for/while) and functions.

Because it is a general-purpose language, it can really be used for anything you want to do with computers. Thanks to the fact it is a compiled language, it is converted into machine code before being executed by the computer's processor; this is faster than an interpreted language such as PHP, which must be converted each time it runs but takes longer to compile initially.

Read our full guide here: What is C++?

C++ is used in everything from desktop and mobile apps to websites, games, embedded systems, high-performance computing, and machine learning. It has many applications such as operating systems, compilers (the programs that translate code into machine language), libraries (collections of reusable code), and kernel modules (small pieces of software that run inside another program).

How do you become a C++ programmer or developer?

To become a C++ developer, the most usual route is to gain a degree in computer science. However, because the language is so complex—it can get very technical at times—it can be difficult to learn for beginners who haven't studied computer science at the university or college level.

One of the most popular languages used to develop C++ applications is Microsoft Visual Studio, and typical job titles can include full stack developer, mobile application developer, and desktop application developer. It’s a highly paid skill, too, with plenty of demand from both startups and established enterprises that need software engineers to write code in C++.

It's also helpful if you have an understanding of data structures and algorithms – these topics are important for solving problems related to performance optimization on large-scale systems such as game engines or databases.

And since many tech companies today use agile methodologies for project management and development, the teams software developers work within will often include people from many different disciplines such as design or marketing instead of just developers. So knowing how these things work too can help to ensure smoother collaboration within your team.

Which tech companies use C++?

So which major tech companies use the language? That question is more easily answered by asking, who doesn’t? Meta, Apple, Amazon, Google, Adobe, Microsoft, and LinkedIn all use C++, as do Nasa, Bloomberg, and Netflix.

If you are interested in developing your C++ career, then we are taking a look at three open roles below, and there are plenty more to discover on the Hackr.io Job Board.

The C++ Developer will be working on consumer or automotive audio and infotainment products such as radio head units, navigation systems, MP3 connectivity, CD players, and telematics systems. You’ll need experience with devices connecting to something else, with middleware in the embedded space.

Additionally, five to seven or more years of expertise in software development for embedded consumer or automotive products is required, as is expertise in C/C++. You’ll also need some experience with advanced software development environments, and familiarity with embedded, real-time software with the ability to clearly articulate complex system requirements, and design considerations.

Tesla is seeking an Embedded Software Engineer, Silicon Development to join the team. Firmware engineers develop, test, and document Linux software for in-house silicon development projects. You will work with hardware teams to define and bring up Tesla’s next-generation fully autonomous car and AI computing platforms by contributing to developing the most advanced and widely deployed deep learning and computer vision stacks in the world. You’ll develop high-quality C/C++ code for embedded Linux environments including safety-critical systems, and design and support software.

Get the full job spec.

As part of Apple’s Silicon Technologies group, the GPU Software Engineer will help design and manufacture the company’s next-generation, high-performance, power-efficient processor, system-on-chip (SoC). You’ll ensure Apple products and services can seamlessly and efficiently handle the tasks that make them beloved by millions. You will be responsible for software tasks required for the development and verification of a GPU design.

You will need to have three years with the following skills and experience: deep expertise and knowledge of computer vision and/or machine learning algorithms, experience with GPU APIs, preferably Metal, OpenGL, and/or OpenCL plus excellent C/C++ programming skills.

Apply for this role here.

Discover hundreds of companies hiring C++ programmers on the Hackr.io Job Board