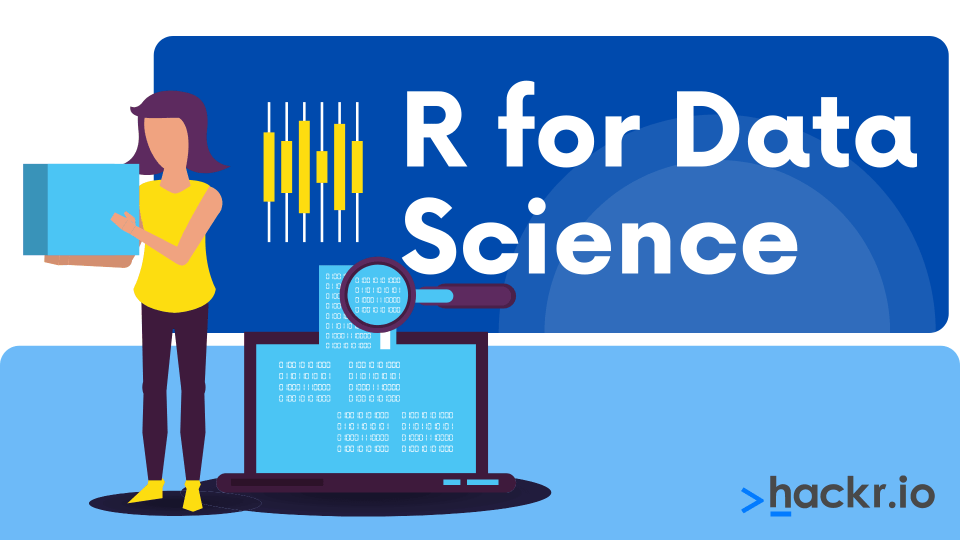 In modern times, the field of data science is evolving at a very fast pace. Hence, it is important for businesses to embrace the same before getting left behind at a distance that will just keep on increasing with the passage of time.

Even since its first appearance in August of 1993, the R programming language has succeeded in gaining preference and becoming a top-tier option for data science. Other than a programming language, R is also a software environment for statistical computing and graphics.

Although there are several tools available for data science, R is one of the best, if not the best, options. However, we would like to believe that it is the best. Don’t agree? Well, here are 5 reasons to convince you why R and data science is a match made in the heavens:

The two leading options among all high-end data science tools are Python and R. Although learning Python is much easier than learning R, the former lacks in terms of library support for topics related to Econometrics and other important subjects pertaining to data science.

R provides a good selection of libraries for data science along with libraries for machine learning and statistics. R also has libraries for econometrics, finance, and other fields used for carrying out business analytics.

Python is a programming language more suitable for software engineers with a good knowledge of machine learning, mathematics, and statistics. People interested in data science from a business point of view typically belong to a business i.e. non-technical background. They aren’t always well-versed in the intricacies of programming. Hence, getting started with Python for data science is one heck of a task for them.

Most activities in business and finances involve clear communication, typically in the form of infographics, interactive applications, and reports. Another disadvantage of using Python over R for data science is its lack of communication tools, most notably for reporting.

Management Made Easy with R Markdown and Shiny

RMARKDOWN is a framework capable of creating reconstructable reports that can be used for building blogs, books, presentations, websites, and much more. Thanks to its versatility, the tool is used by management organizations of every stature.

In addition to using R Markdown for creating reports that improve business analysis for their clients, management firms are also free to commercialize if they come out with something unique with the free and open-source tool.

Shiny is a result of combining R’s computation power with the highly-interactive modern web. It is a capable R-powered tool for creating interactive web apps that can be hosted as standalone apps on a webpage or embedded in R Markdown documents with equal ease.

R is Smart and Boasts a Powerful Infrastructure

R is able to implement several top-tier algorithms, including TensorFlow deep learning packages, the high-end ML package H20, and XGBoost, which is an implementation of the Gradient Boosted Decision Trees algorithm.

With Tidyverse, the R programming language allows for developing an application ecosystem with an appropriate, consistent structural approach. With libraries to the likes of forcats, lubridate, and stringr, R simplifies the process of building data science applications.

Learning R is Getting More and More Convenient Using Tidyverse

It is a well-established fact that R has a steep learning curve. However, it is getting less steep. During the early days of R, it was considered among the most complex languages to learn. At that time, R lacked in terms of structuring abilities that its contemporaries had.

However, that all changed with the advent of Tidyverse, introduced by Hadley Wickham and his team. The word ‘tidy’ in the name is representative of the underlying design philosophy, data structures, and grammar of tidy data shared by the various R packages.

As of now, Tidyverse has grown, just like the R programming language itself, and consists of several support packages, among which the core packages are:

These packages make communication as well as iteration, manipulation, modeling, and visualization of data easy with R. The whole tidyverse package and some of its individual packages make up 5 of the top 10 most downloaded R packages till November 2018.

The active community support also makes learning R simpler for newbies as well as serving as a helping hand for coping up with old and new issues, alike, experienced by the practitioners.

As of 2020, R is used by casual programmers, data scientists, researchers, statisticians, and students from all over the globe. The popularity of R has grown exponentially in the past few years, mostly due to the advancements made in the field of data analytics and data science.

The aforementioned 5 reasons make R stand out from the crowd when it comes to data science and business analytics. With the latest innovations added to its arsenal and a continuously expanding community, this is a high-time for learning the R programming language.

Irrespective of having a programming background, it is possible to use the R programming language for managing data science projects. Nonetheless, having a familiarity with programming concepts will surely boost the process of learning and advancing in R.